The Borgo of Melpignano

Melpignano is first and foremost the pride of its people, the tireless custodians of this tiny historical town which has remained simple, yet infinitely fascinating. Melpignano is the clean air you breath in the well tended lawns, the purity of the light and delicate Leccese stone of the Baroque churches.

Everything about this little town exudes dedication and love for the territory, from the town mascot, “Geo” the donkey, who is the municipality’s official lawn-mower, to the Griko dialect, a blend of Greek and the Salento dialect, which is still  passed down from grandparents to their grandchildren,  perennial guardians of culture and tradition, honoring the ancient roots and history of Melpignano, symbolized by the gorgeous and perfectly preserved monuments, lovingly protected from the ravages of time and the barbarism of man. 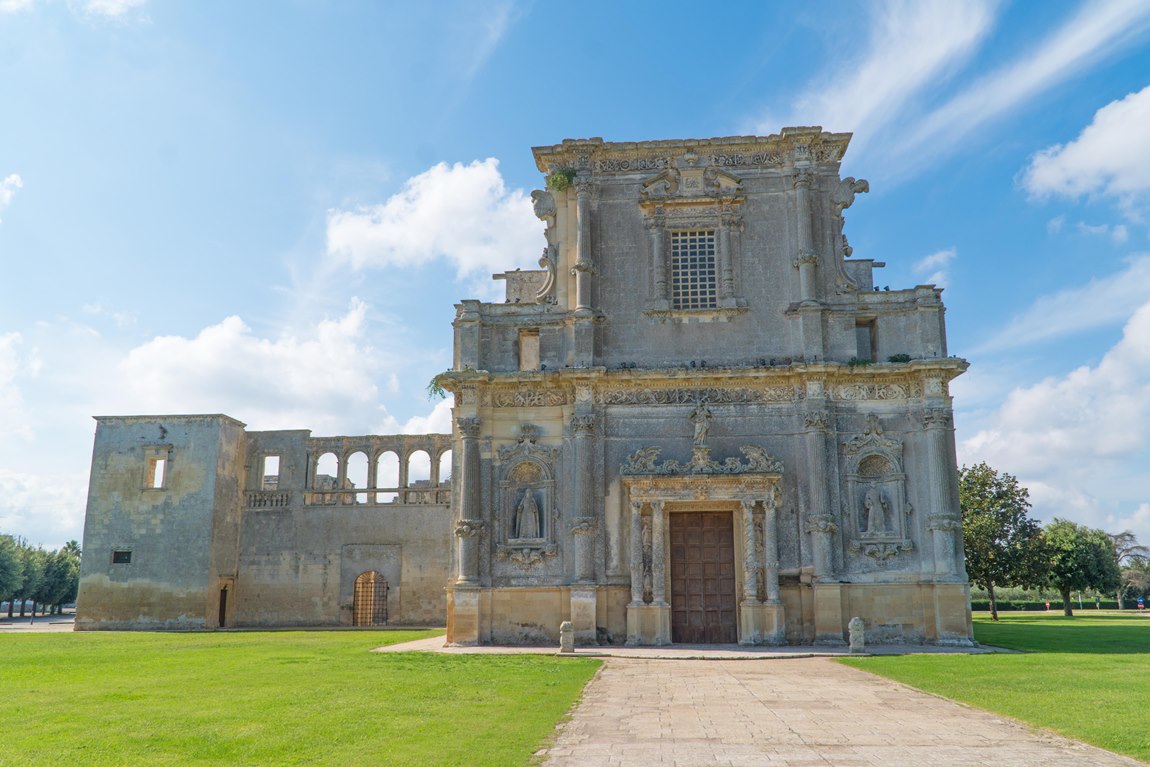 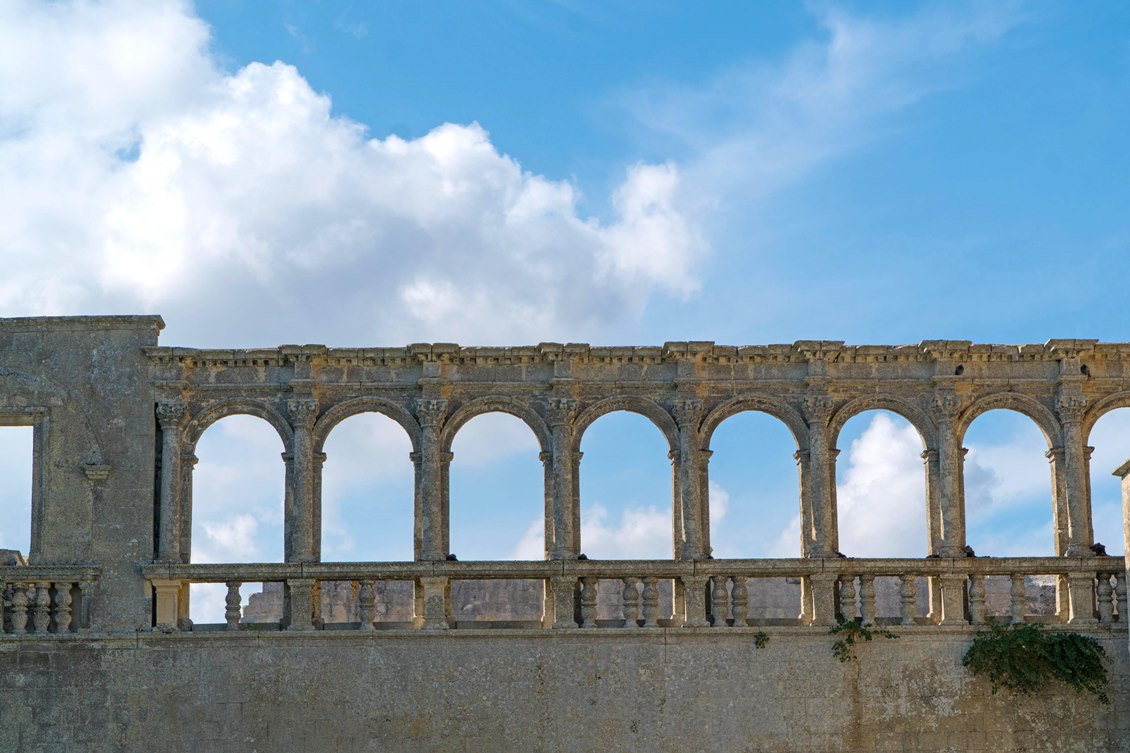 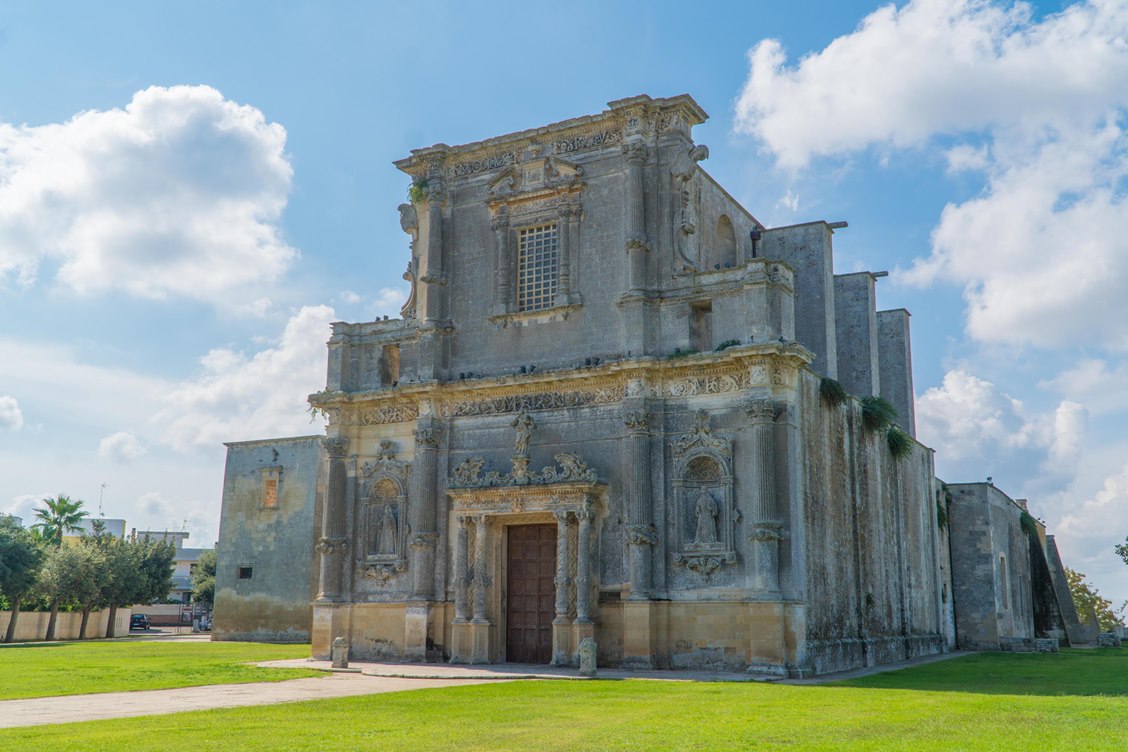 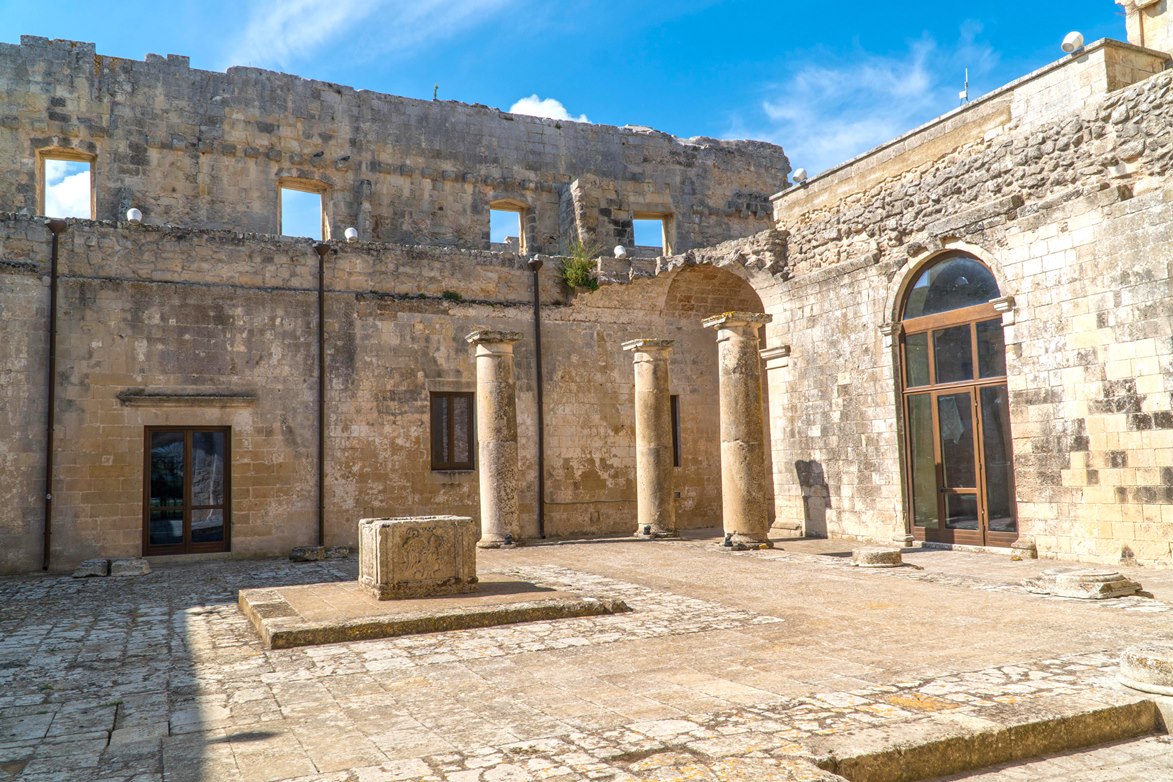 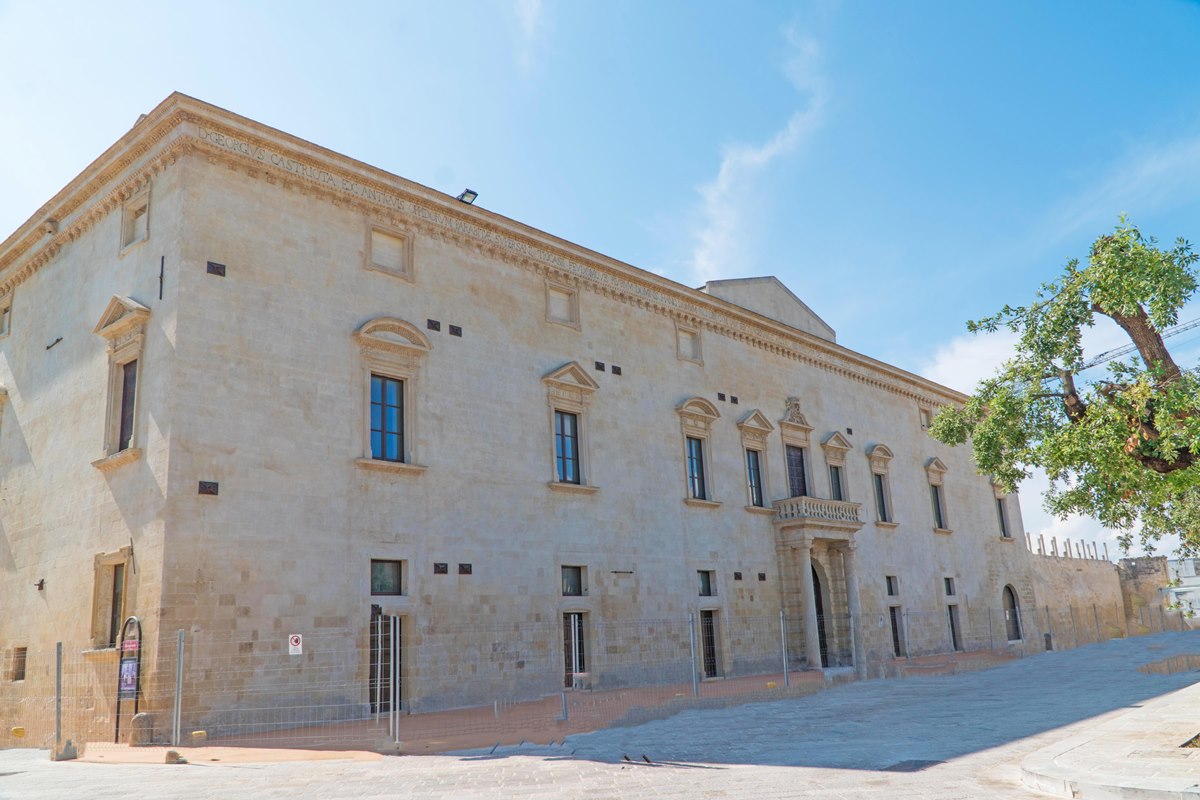 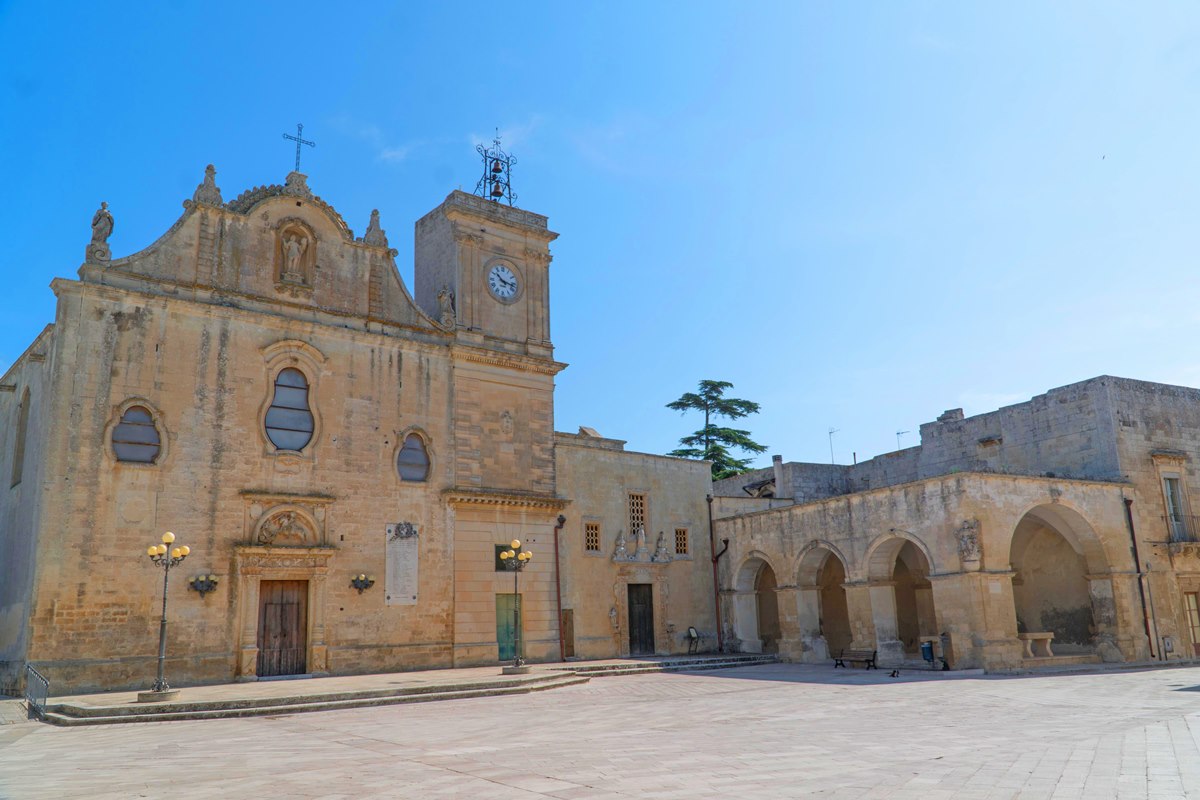 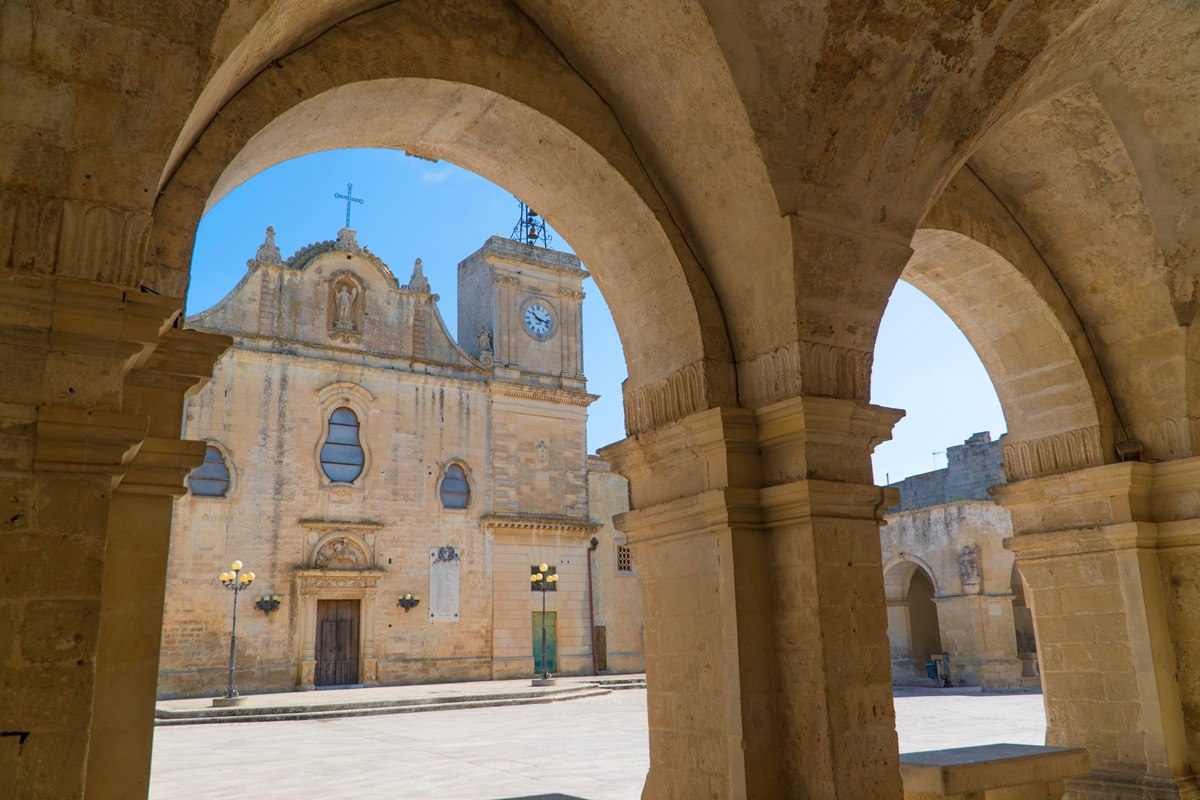 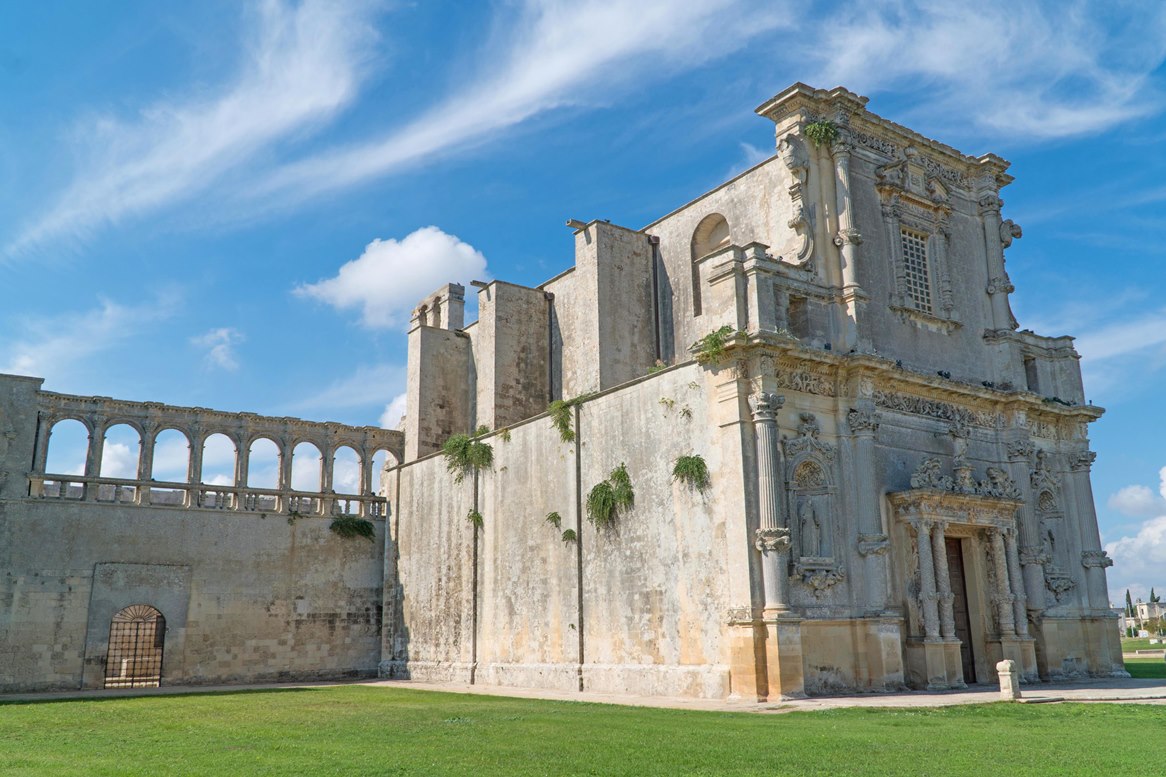 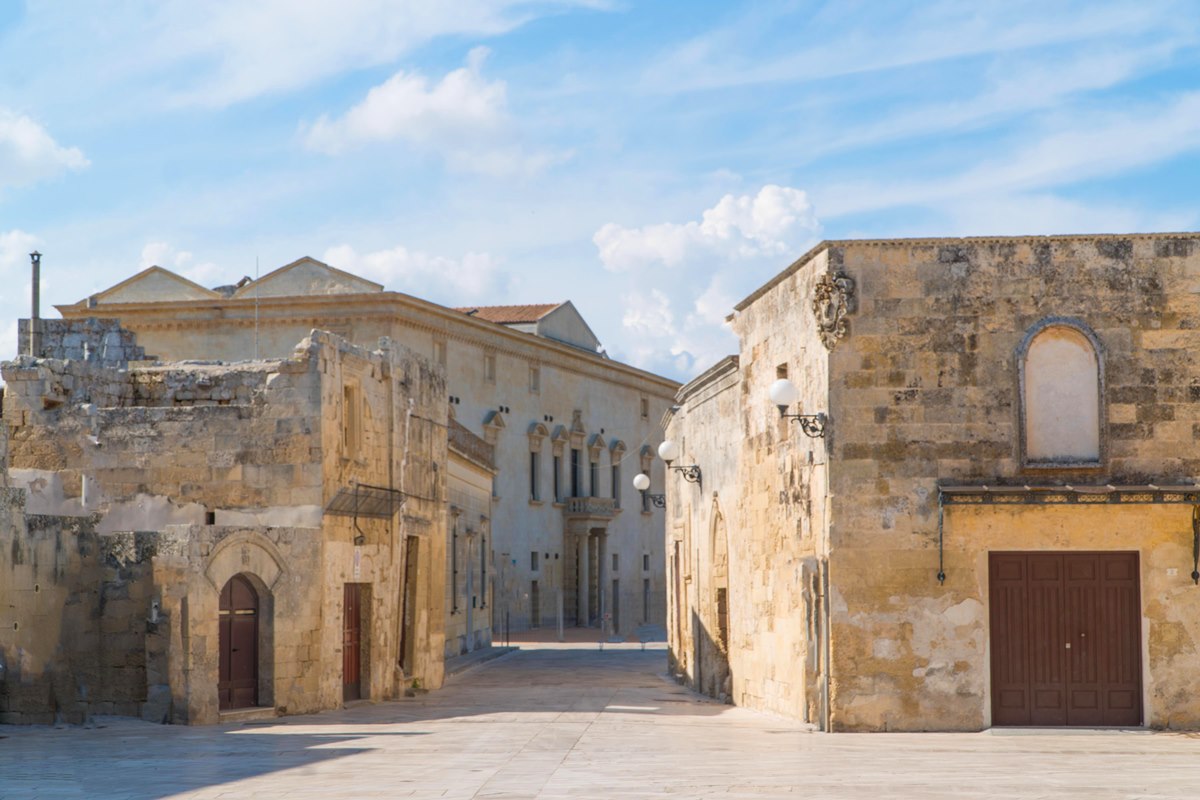 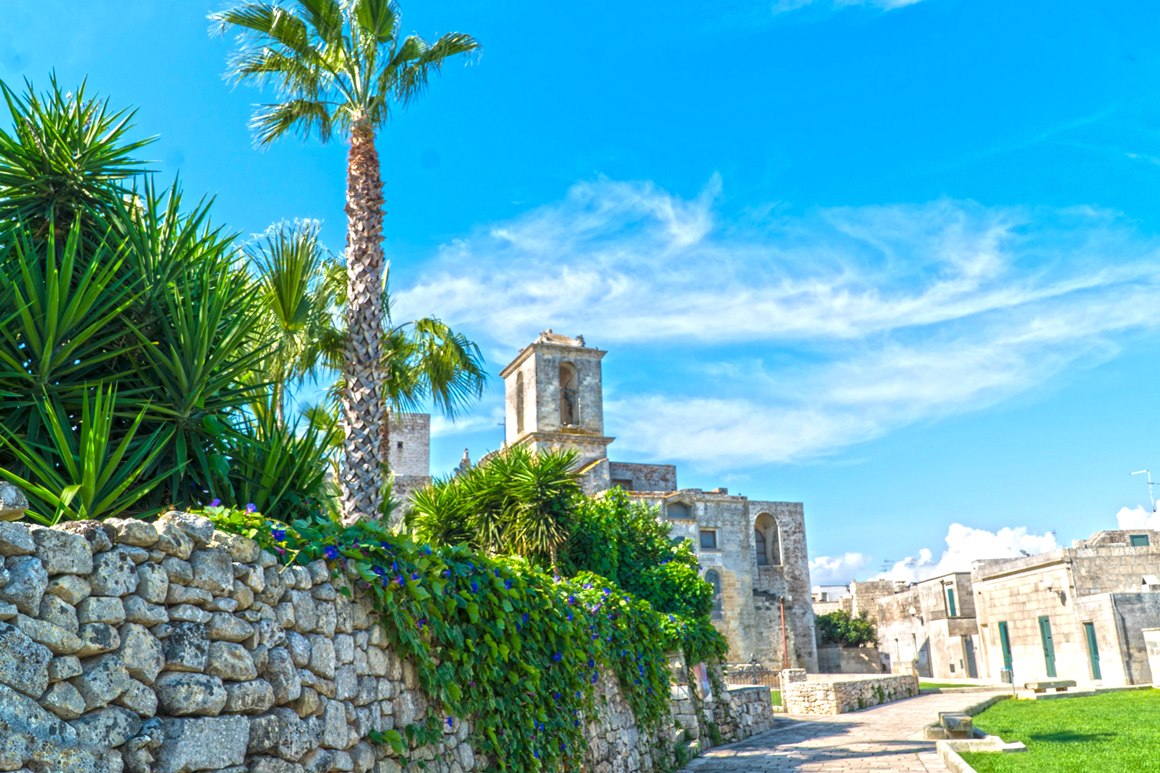 Melpignano’s origins oscillate between the Greeks of the Peloponnese and the Roman Centurion Melpinus who was assigned to monitor the territory. For four centuries, the borgo was under Greek-Byzantine rule, influencing its destiny through the customs and traditions of this ancient population which have filtered down through the centuries, in particular, Griko, the local dialect, which has been handed down from generation to generation to the present day and is currently taught in the local schools.

In the Middle Ages, Melpignano was home to important feudal families, such as the Orsini Del Balzo and the ducal family De Luca, who owned the castle and the subterranean olive mill. In 1806, with the abolishment of feudal rule, Melpignano joined the nearby locality of Castrignano dei Greci, creating a single municipality until 1837.

Melpignano, together with the other towns in the vicinity, is part of the territory of Grecìa Salentina,

(Greek Salento) and has always been a custodian of Greek culture. Take, for example, Nicola Maiorano, a priest and scribe from Melpignano, and later, the director of the Vatican Library, who acquired many of the Greek manuscripts produced by Salentine scribes, making it his mission to preserve the link with Greek culture that would  have been lost over time.

Today, Melpignano continues in its tireless conservation of the territory, its archaic language, and most of all its rich musical heritage.

The best place to enjoy the magnificent spectacle of Piazza San Giorgio is from the ancient stone benches nestled under the glorious  Renaissance archways which once hosted the weekly market, where merchants from the central hubs of Lecce, Brindisi, and Taranto came to Melpignano to sell their wares. When the market was moved south to the town of Maglie, the portals may have lost their original function, but not their timeless beauty. Seated in their protective shade, you can admire the very essence of this square, the heart of which protects the central church, decorated in Baroque style, with Greek and Latin incisions gracing the main entrance, as well as the Capella dell’Assunta and the Clock Tower, perennial symbol of the community.

Ex Convento degli Agostiniani and the Church of Carmine

Not far from the town, in tranquil solitude, surrounded by a field emanating a blissful sense of peace, we find the Ex Convento of the Agostiniani  and the Church of the Madonna del Carmine. When the complex was rebuilt in the early 1600’s, the prior Manus entrusted the work to an architect from Lecce, Zimbalo, who brought the influence of the Baroque style to the little borgo, adorning the portal with lush embellishments. The addition of the columns brought rhythm to the structure, supporting the entablature with the Madonna del Carmine.

After the suppression of the monastic order, the convent was abandoned for a long period of time, compromising its structure. Today we are left with what remains of the cloister, with decorative elements and incisions in Latin, as well as the central well, carved with a two headed eagle, the coat of arms of the noble Castriota Scanderbech family, who also left their influence on the town.

Today, the Convento hosts many important cultural events, the most important being the grand finale of the Notte della Taranta, held every August, where this little borgo becomes the stage for an international concert of traditional Salento music, attracting over 100,000 spectators from all over Italy and the world.

The sober exterior of the Palazzo Marchesale, similar to the other buildings surrounding it, belies the opulence hidden within its ancient, noble walls. The milk white façade, faded by time, the simple window frames, give no indication of a palace that was home to the various feudal lords of the borgo over the centuries, the last being the De Luca family. Like many Salento Castles, this structure underwent profound alterations over time, achieving an end result of refined elegance.

Once you enter, the simple exterior gives way to a unique architectural masterpiece, full of enchanting and surprising details, in particular, the garden, with its paved walkways, arbors and balustrades in Lecce stone, where you can sit in the cool shade and drink in the beauty around you.

The recent restoration of the palace brought Melpignano to the attention of the Salon International Du  Patrimoine  Culturel (International Salon of Cultural Heritage) in Paris, for its event “The Most Exemplary Restorations in Europe”, where, together with the restoration of the façade of the Roman Coliseum  and the Terme of Pompei, Palazzo De Luca won the highest accolades.

The De Luca family also owned one of the “frantoi ipogei”, (subterranean olive mill) in the territory. Entirely carved in stone beneath the city, it is so well preserved that it offers visitors a true-to-life glimpse of what life was like for the olive producers of the time, dividing their time between the stone olive mills and the rustic stone couches, illuminated by just a few rays of light filtering down from the openings in the ceilings which are still there today.

La Notte della Taranta, the Night of the Taranta, is more than a concert, it is the very heart and soul of Salento, vibrating under the feet of thousands of people. It is an energy that sweeps you away, that ignites you from within, that inspires you to dance and to sing ecstatically, with no sense of fatigue, whether you are one year old or one hundred.

La Notte della Taranta is the living voice of Salento, a midsummer night’s dream that enters the soul and warms the heart in the dark nights of winter.

La Notte della Taranta is a cry of triumph from an ancient, forgotten land that only yesterday no one believed in, and that today is known and loved throughout the world. It is a night dedicated to the pure and timeless voice of humanity, set free on the wings of hope, making you believe that, truly, anything and everything is possible.

Being in Melpignano, on the 27th of August, at the Convento degli Agostiniani, means falling in love with this night and with this magical land. It happens to whoever is in the audience and also to whoever  is performing, the singers, the musicians, and all the conductors, who have come from all over the world, and who always return, to continue in the creation of this international expression of love.

The second most important event in Melpignano, the So What Festival is an independent alternative music festival financed by Crowdfunding. In only a few years, this festival has attracted important artists from the various musical genres of rock, hip hop, and reggae, such as Mannarino, I Baustelle, Resina Sonora and many more. Produced by the association Altatensione, the quality of the festival hits another level of excellence every year, so save the date for this unforgettable alternative summer event.

Do you know famous people of this borgo? Contact us!

Do you know typical recipes of this  borgo? Contact us! 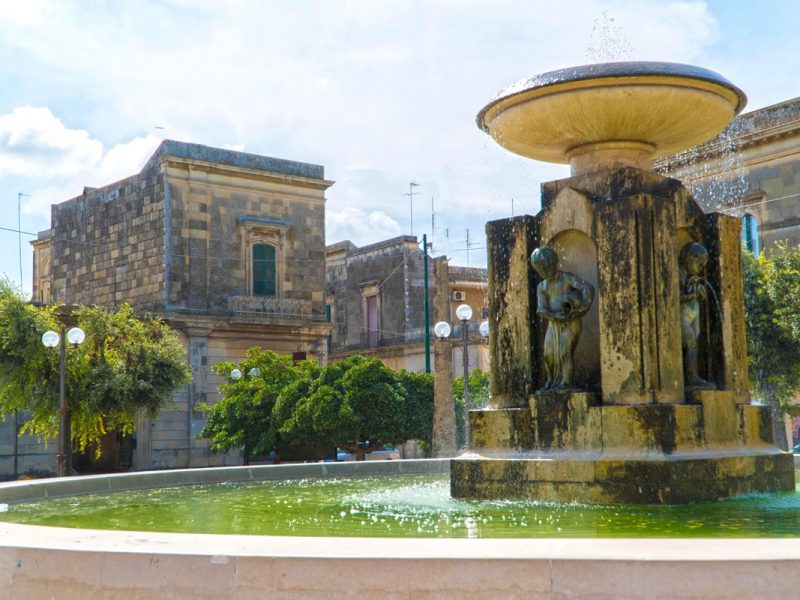 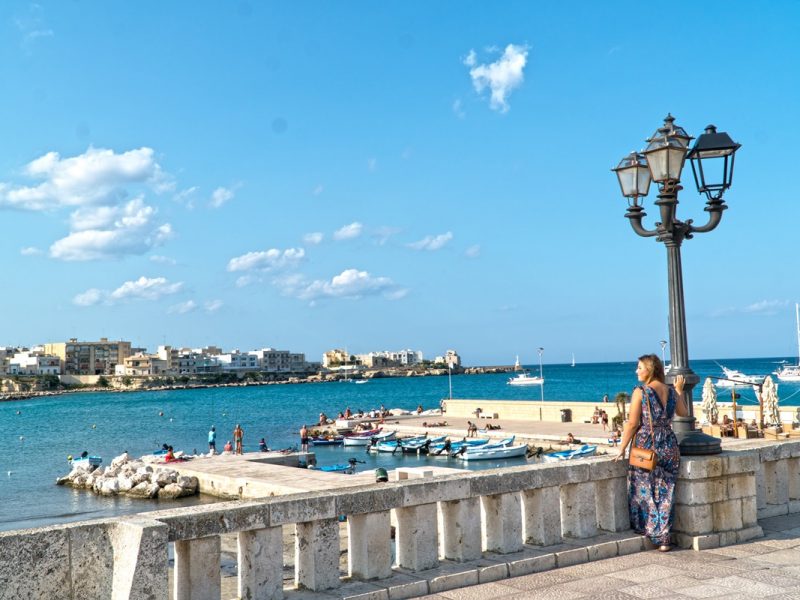 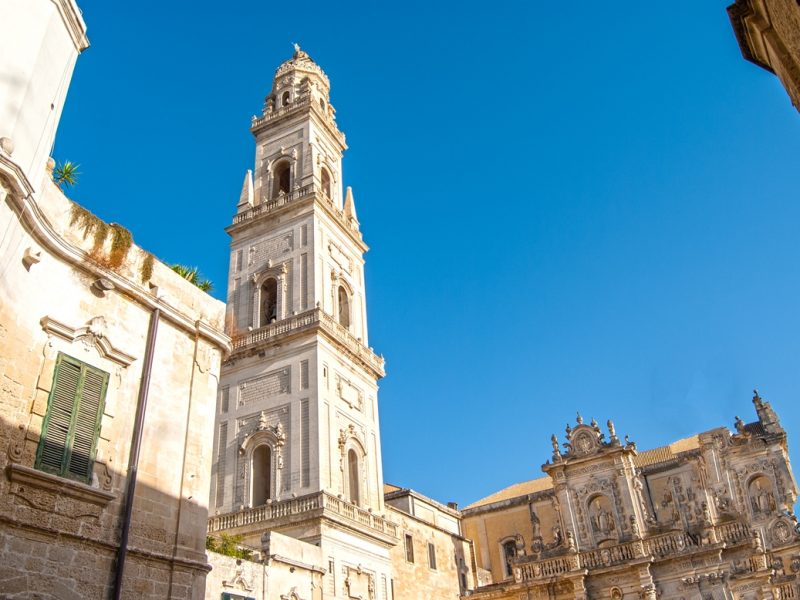 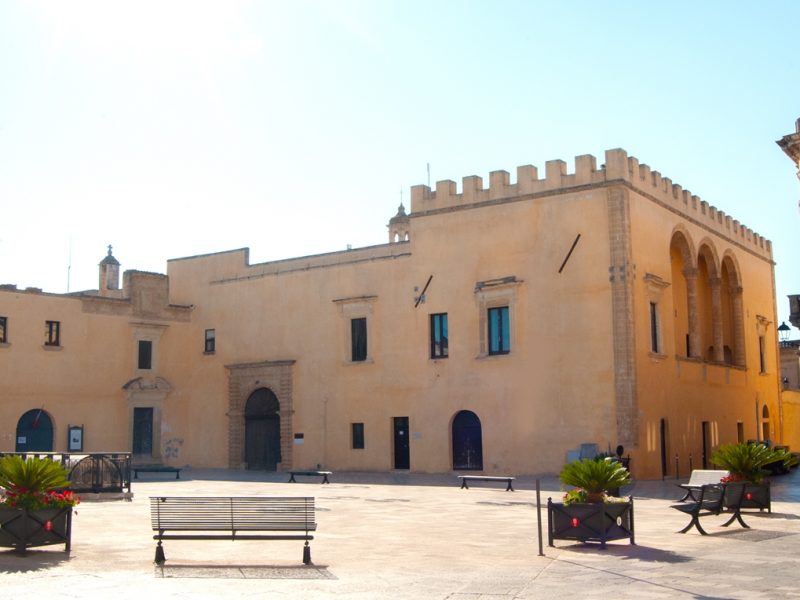