The Borgo of Maglie

Maglie is the beating heart of the Salento peninsula, with the soul of an adolescent, always growing and on the run. The essence of Maglie is expressed in the numerous artisan workshops and shops, attracting visitors from all over, and above all, as a cultural hub of intellectual  pursuits, as if a fountain of knowledge continually showers down upon this ancient town, flowing through the streets and center in a continuous fermentation of ideas and experience. Maglie is also a place of great beauty: time has draped a delicate veil of ochre over the city, gracing the yellow Lecce stone of the churches and monuments with a refined historical elegance.

Morigino is situated just a few kilometers from Maglie, and tiny as it may be, has ancient stories to tell, and even a mystery or two.

This center was originally a Muslim Saracen military encampment, built by the Ottoman invaders. It was later inhabited by a group of Lombard families and was an autonomous municipality until the 1800’s.  Testimony of this story of independence is found in the main church of Morigino, the most ancient in the territory and also the most historically and artistically important, conserving a wealth of treasures within its sacred walls.

This little village is especially well known for one of the mysteries in the heart of its territory:  a strange an disquieting sculpture garden near an abandoned house, where human figures, skeletons, noble dames and animals recount the fears and obsessions of a tormented soul, the creations of a hermetic artist who committed suicide in the 1900, who still continues to grip our imaginations today. 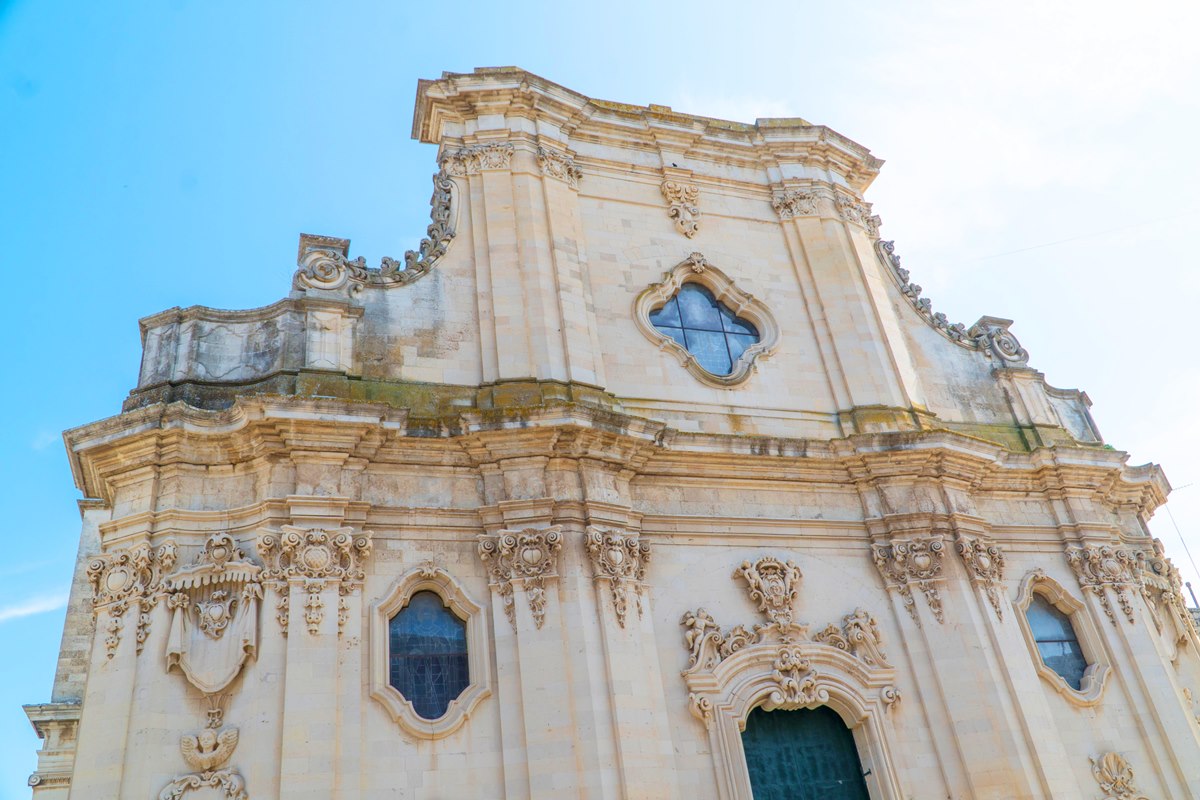 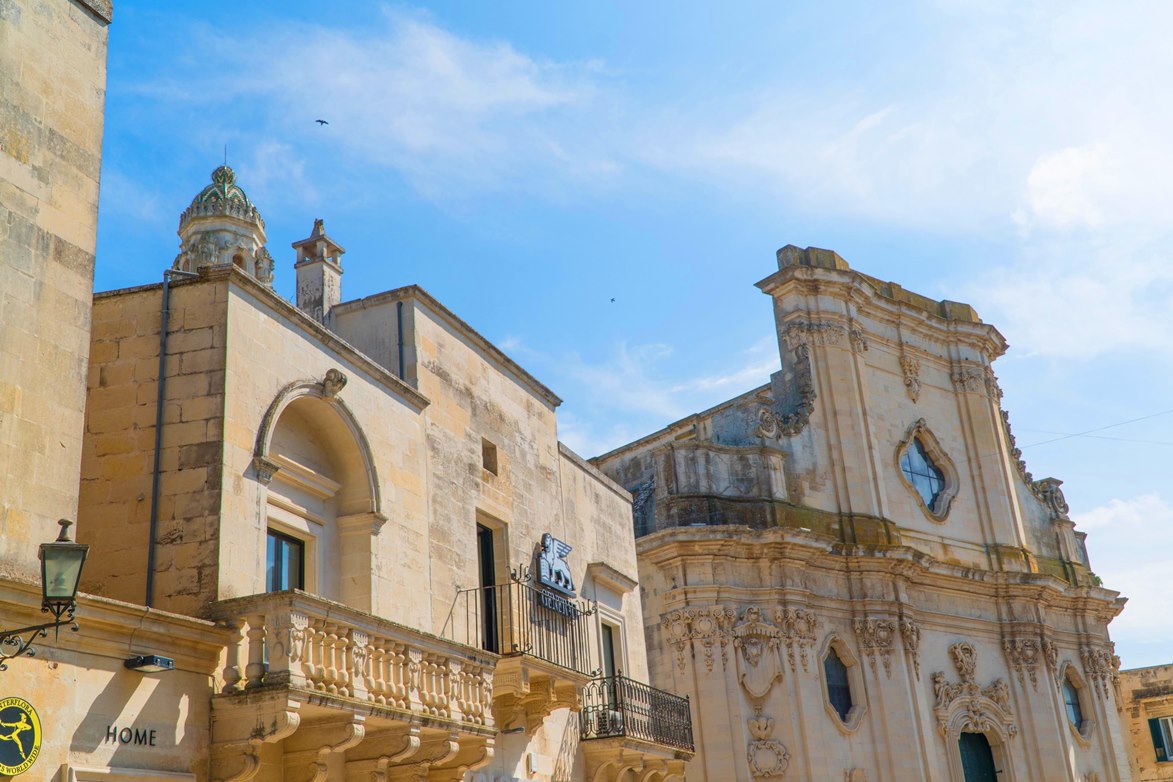 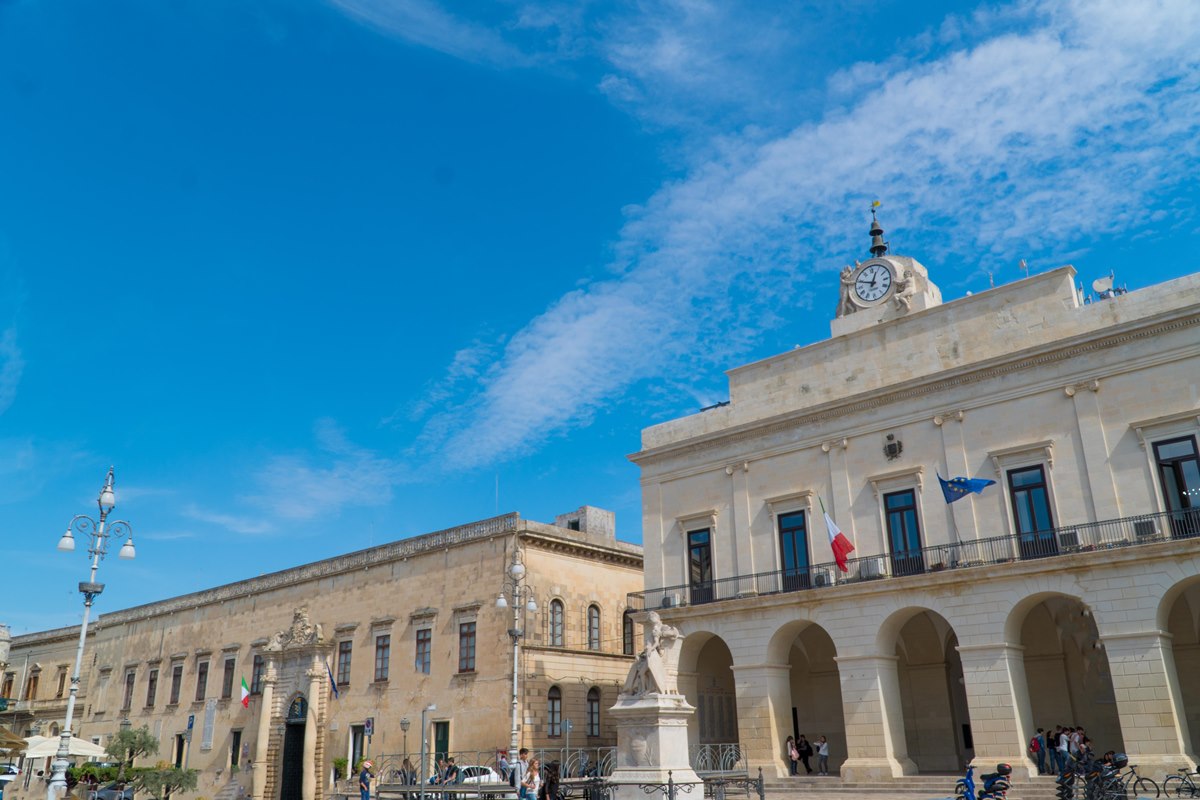 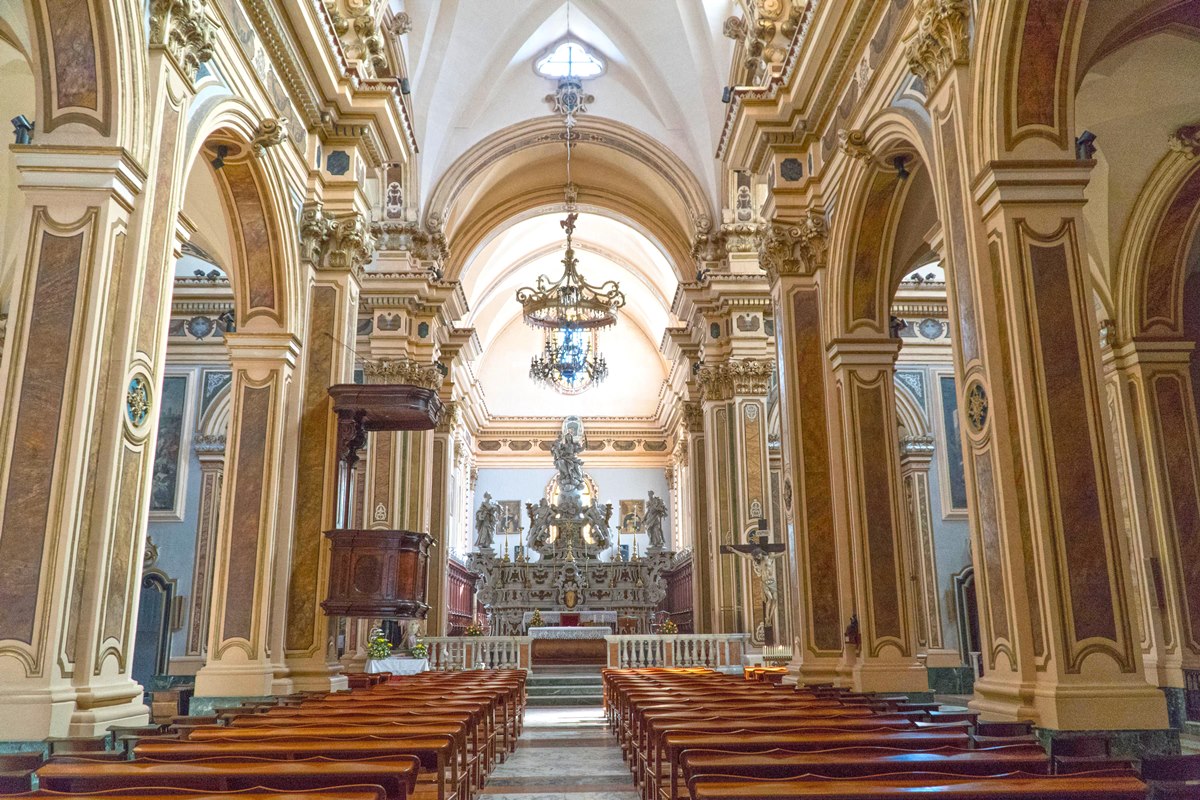 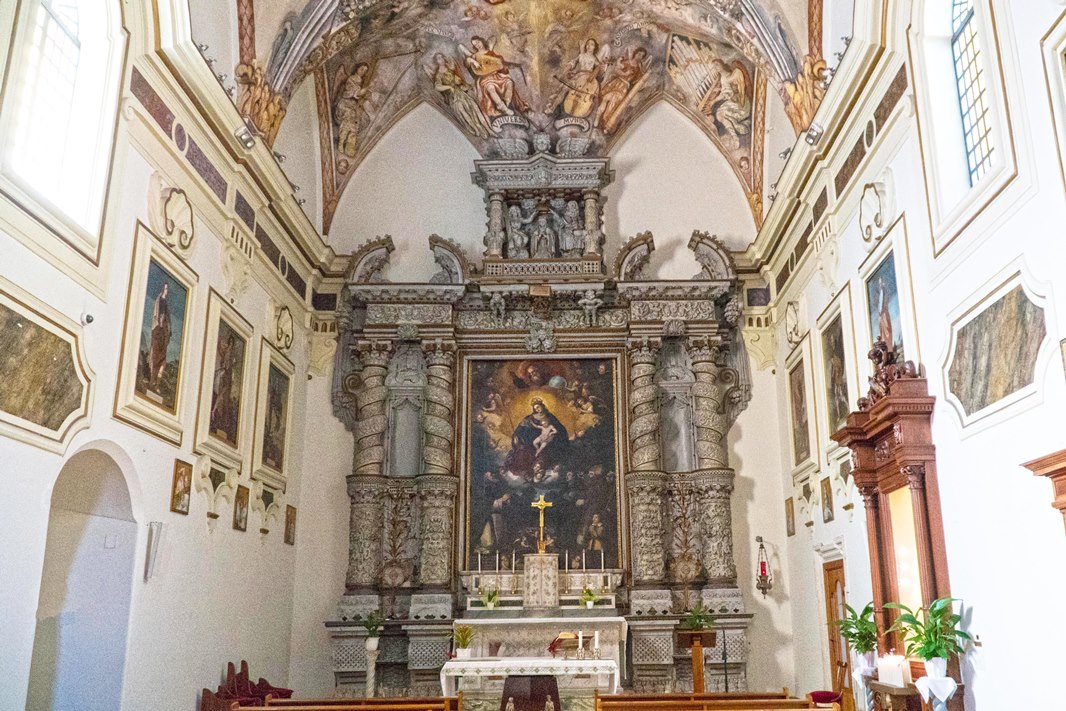 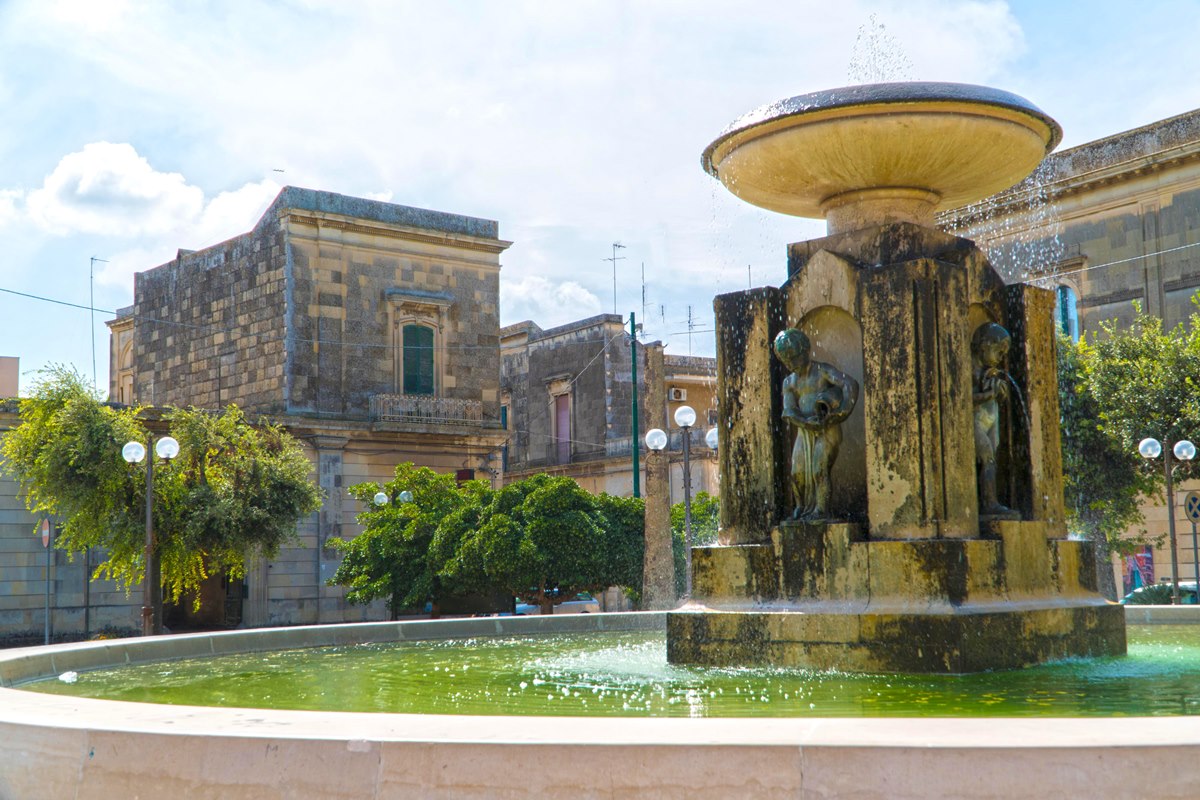 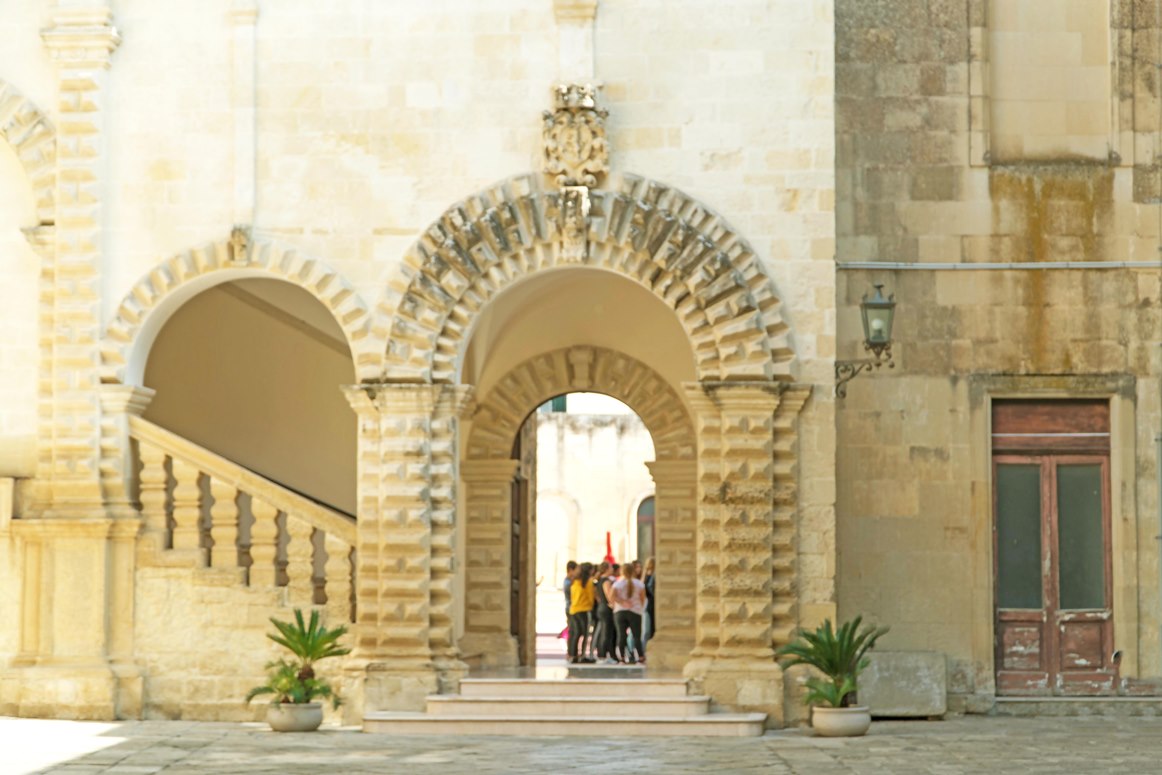 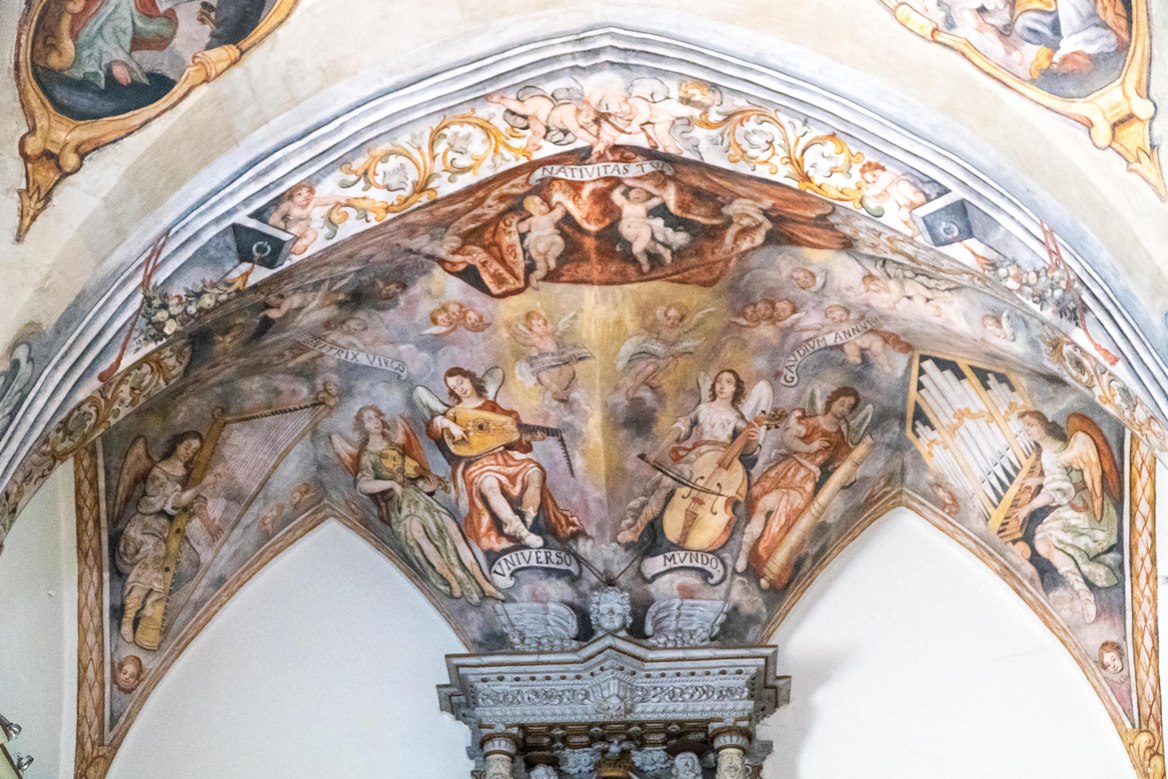 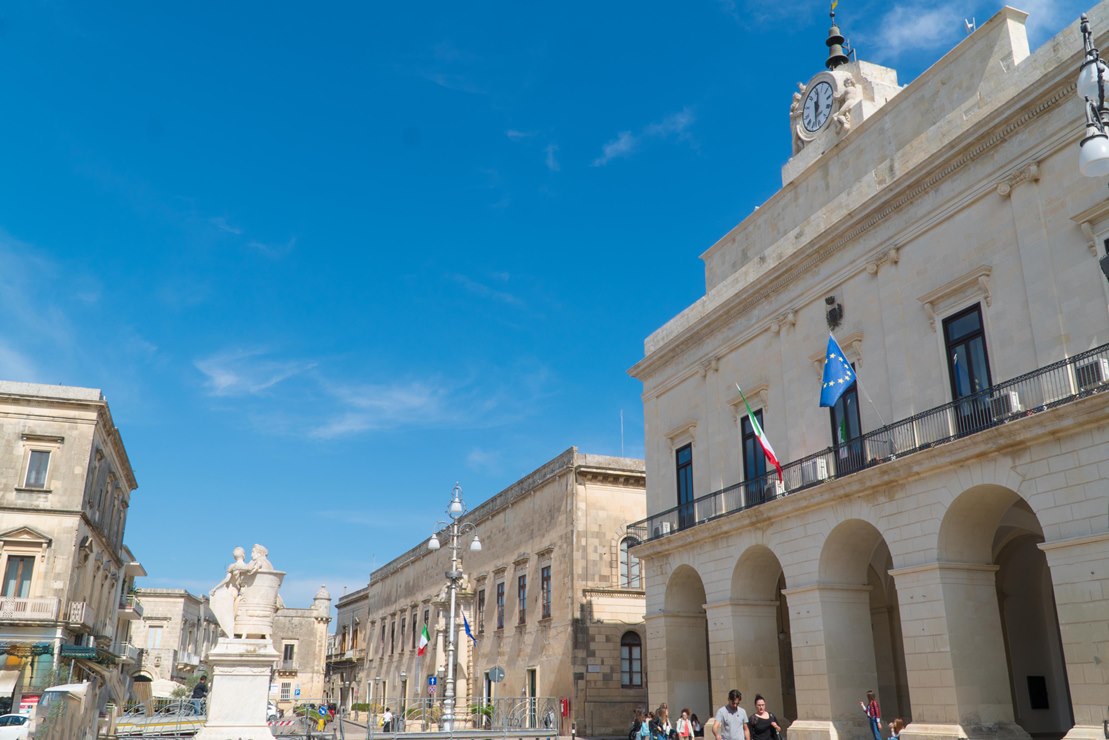 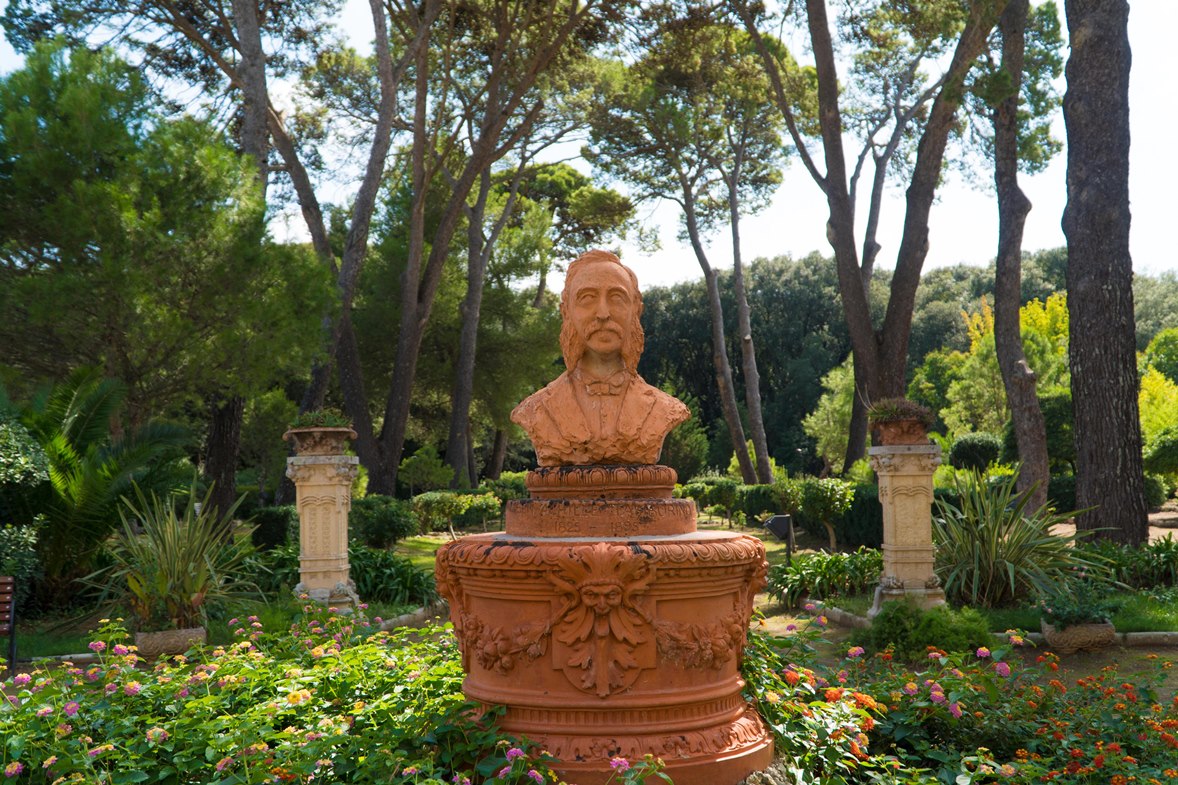 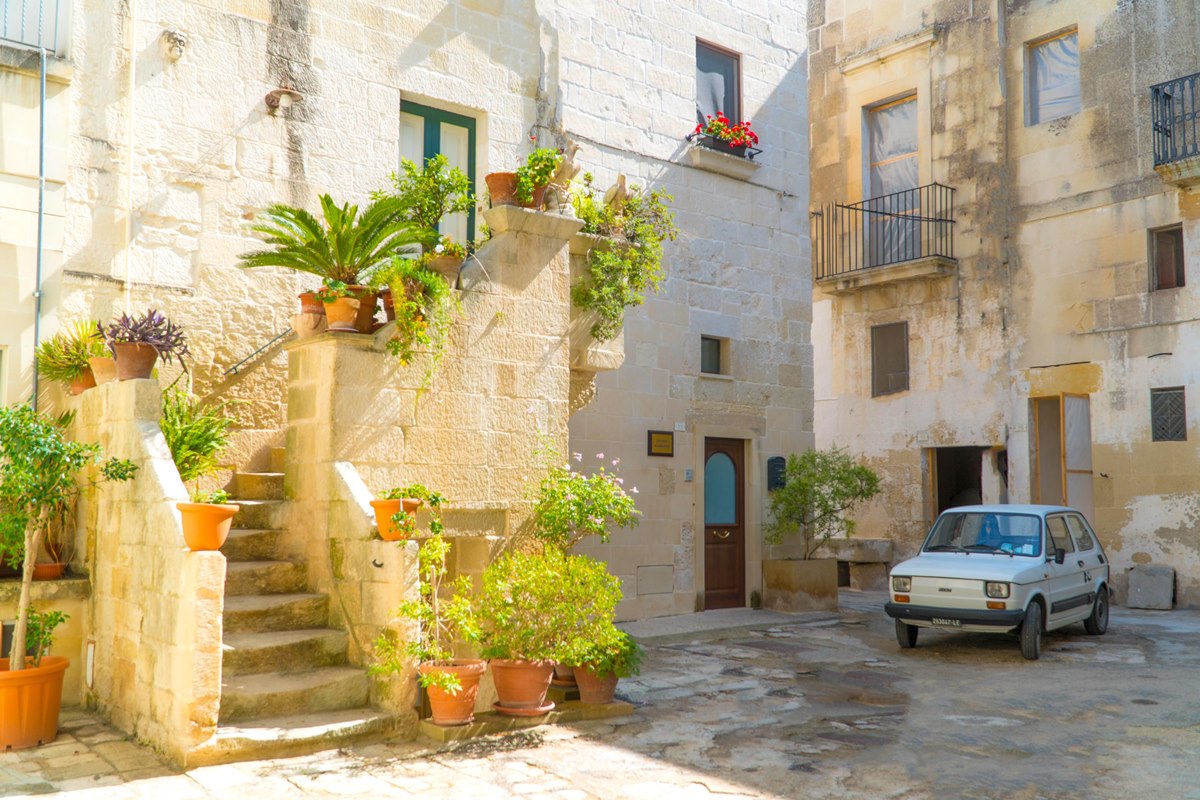 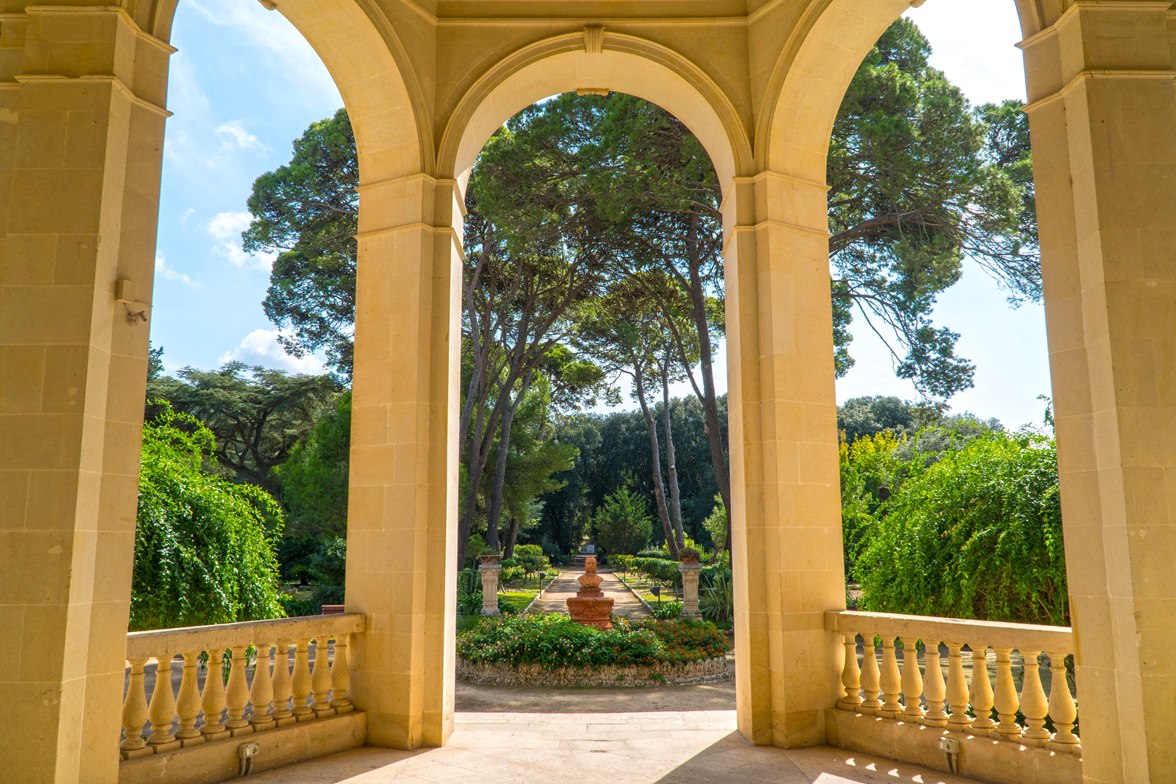 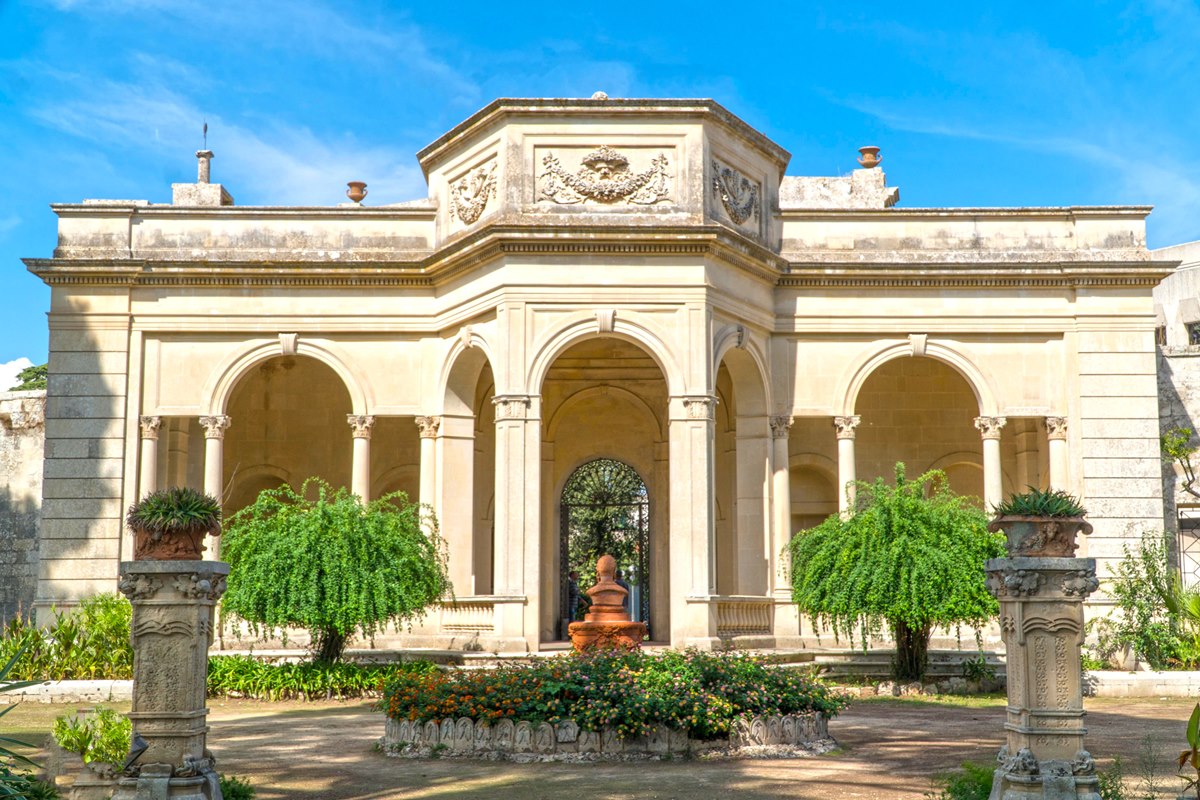 The history of Maglie is interwoven with hypothesis and missing pieces that continue to stimulate debate among historians, shedding doubt upon its foundation. Some place its origins at the tiny rural complex of Casale di Pretore, which then became an annex of the feudal territory of Cutrifiano, while others believe it was founded upon the union of three other tiny rural complexes, the  “casali” of San Basilio, Sant’Eligio e San Vito.

Because of the prehistoric relics found here, we are certain that the territory has been inhabited since the Iron Age. From 1200 to 1800 it was ruled by various Barons, firstly the Lubelli family, who administrated the city for four centuries and built the first castle, later passing under the dominion of other feudal families, such as the Filomarinos and the Capeces.

The Capece family, in particular, played an important role in Maglie’s history. The last feudal rulers of the territory, they represented the driving force that transformed the town into one of the most important centers in the Terra d’Otranto and throughout Salento, increasing the development of agriculture, crafts, industry and culture. Thanks to the Capece family, today Maglie reigns as one of the most important towns in the peninsula, and the population remains eternally grateful to them.

The Church of the Colleggiata, the Cathedral of Maglie

The parishioners of the Cathedral of Maglie call it “la Chiesa Grande”, the Big Church, in the Greek style. Tall and imposing, the undulating form of the façade is graceful and supple, with decorative Baroque elements carved in Lecce stone, rendering it elegant but not excessive, in a delicate balance of harmonious detail.

The interior has a Latin-style floor plan with two marvelous altars in Lecce stone sculpted and hand-painted by Emanuele Orfano and a carved wooden choir box, all dating back to 1700. The beauty of this church is completed by the clock tower which rises 48 meters, one of the highest in the Province of Lecce.

Palazzo Capece and the statue of Francesca Capece

In a breach with tradition, the Baronial Palace of the Capece family was not transformed into the Municipal seat, as commonly occurred with noble palaces when feudal rule was abolished. This detail opens the door on a story of cultural and civic solidarity between the nobility and population of Maglie. The Baronial Palace was probably originally built as an Angevin fortress, and most likely to have been seriously damaged in the incursions and sacking by Ottoman invaders. It was restored first by the noble family Lubello, and then completely overhauled to be reborn in a more gentile and gracious form, thanks to the attentive restorations performed by the Duke Filomarino. Later, the Capece family beautified it with a magnificent portal in Baroque style.

In a gesture of solidarity for the population, the last Baroness of Maglie, Francesca Capece, donated her noble home to the people of Maglie, to ensure that young people had a place to study and be educated. Today, the Palace is home to both the Classical High School of Maglie, named after the noblewoman, and the Museum of Paleontology.

The population of Maglie has always been grateful to their benefactor, the Baroness Capece, and to honor her they commissioned a statue of great prestige and artistry in her name. This statue, sculpted in white Carrara marble, is undoubtedly the most important work of the illustrious Salentine sculptor, Antonio Bortone, who chose to immortalize the noblewoman at the end of her life as she gave a cross, symbolizing faith, and a book, symbolizing knowledge, to a young man with a shield in his hand, representing the city.

Villa Tamborino was constructed at the end of the 1800’s for the pleasure of Senator Achille Tamborino. The crowning glory of this villa is its English style garden, which is a captivating park with an oriental flair.

The villa opens onto a neoclassic pavilion, decorated with garlands and cornucopias. The entry lane leads to a belvedere in a particular octagonal form, which holds a glorious tent draped with fabric, creating an oriental retreat in Turkish style. Underneath the garden path are artificial caves adorned with stones, shells, and stalactites brought from the coast. The park is an oasis of calm in the center of the busy city, alternating between patios from the 1800’s and artificial caves, gorgeous lawns and ponds dotted with families. This rare pearl of architecture is an exquisite sanctuary immersed in the silence of nature.

The history of Maglie was further glorified by the Piccinno brothers, whose excellent craftsmanship contributed to the fame of the city.

Until the late 1800’s, the Piccinni brothers were the master carpenters of Maglie, creating furniture of incomparable elegance and quality, which was exported throughout Europe and even to America.

In 1926, an act of arson brought about the ruin of the illustrious company, and the carpenters, left unemployed, opened small artisan workshops throughout the city, to carry on the grand tradition of the Piccinno legacy.

The factory was later used to manufacture tobacco, and today has become the center of social life in Maglie, hosting exhibitions and cultural events.

The masserias of Salento (fortified stone farm estates) are an important part of the heritage of this region, which has ably continued to valorize these architectural treasures, often saving them from ruin by reinventing their function and bringing them back to life. A case in point is the Cutura, a masseria constructed in the 1800’s, which is now one of the most beautiful botanical gardens in Italy.

Aromatic plants delight the senses, the colors of a thousand flowers enchant the gaze and a symphony of sensations are exalted by the delicate notes of the citrus orchard and the sharp, fresh scent of pine from the marvelous woods of Lecci.

Continuing your exploration of this enchanted natural oasis, you reach the area of succulent plants, the jewels of Mediterranean plant life. There are thousands of thriving varieties, of every form and color, strange and glorious shapes, the rarest of species, jealously nurtured and protected in this garden like no other on the planet. To complete your experience, fascinating botanical guided tours are available to discover the details and curiosities of this Mediterranean paradise.

On the Friday before Palm Sunday, Maglie is inundated with tourists and curious visitors who crowd Tamborino Square for the traditional  Bell Fair, “la fiera dei campanelli”.

Artisans come from all over Salento to exhibit their handmade terracotta bells in lively colors and designs.

It all began with the tradition that, on the Thursday before Palm Sunday,”giovedi santo”, the church bells remained silent, so the children ran through the streets with their whistles and bells in celebration at the hour of prayer.

Today, the whistles and bells are sold at the fair, an appointment not to be missed in Maglie, for the city and all the surrounding towns.

“The most intense and painful verses of the decade” is how his poems have been described. During 1970’s and the 1980’s, a young man sat under an oak tree in the outskirts of town, writing poems that sang of death with strident, yet ironic tones, glorifying suicide as the road to salvation.

o peggio ancora in grazia di Dio.      or even worse by the grace of God.

Death is the lynchpin of his poetry, infusing his dreams and desires like a beautiful woman, with an adoration comparable to the way the romantic “Stilnovisti” movement of the 13th century glorified their object of love. Together with this central theme, he writes of his admiration for animals, because of their purity and innocence, rendering them extraneous to the perfidious cruelty of human beings.

This minstrel of death abandoned life at the age of thirty-five, his more romantic sustainers maintaining he committed suicide, while the more pragmatic attest his demise to alcohol abuse resulting in cirrhosis of the liver. Either way, his poetic voice was one of the most original in Italy, anarchistic and unconditioned by social mores, meriting consideration as an important component  of the “Scapiliatura”(the Italian Bohemian Literary Movement) in Salento.

“You will never be interested in my poetry” Toto Franz once said to the philologist Maria Corti, a provocation that was accepted only many years after the death of the poet, when she studied his works and recognized the indisputable depth of his talent, publishing two posthumous anthologies: Canzoniere della morte (Einaudi 1999) e Bestiario Salentino. Perhaps it is strangely fitting that the singular young man known as “the Troubadour of Death”, who was only occasionally published in local magazines, did not reach his well-deserved national fame until after his own death.

Aldo Moro was born in Maglie, on 23 September 1916. The renowned statesman only spent his childhood in this Salento town, but even today the city maintains a strong connection to its most illustrious citizen.

The emblem of the Christian Democratic Party, his long career included many appointments as Deputy and Minister, culminating in his nomination as Prime Minister, “Presidente del Consiglio”,  in 1976, when the “the years of lead” were in full sway, so called for the violence and gunfire that plagued the political arena. In fact, Aldo Moro’s political term as Prime Minister ended tragically, with his kidnapping and successive assassination by the Red Brigade, a violent faction of the extreme left of the Communist Party. The case of Aldo Moro remains a constant point of debate and remorse, for Maglie, and all of Italy.

Do you know typical recipes of this Borgo? Contact us! 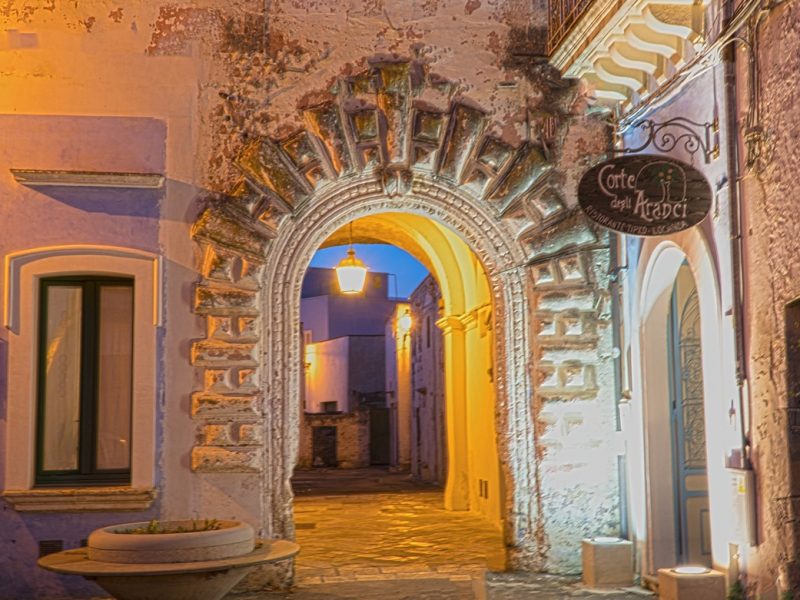 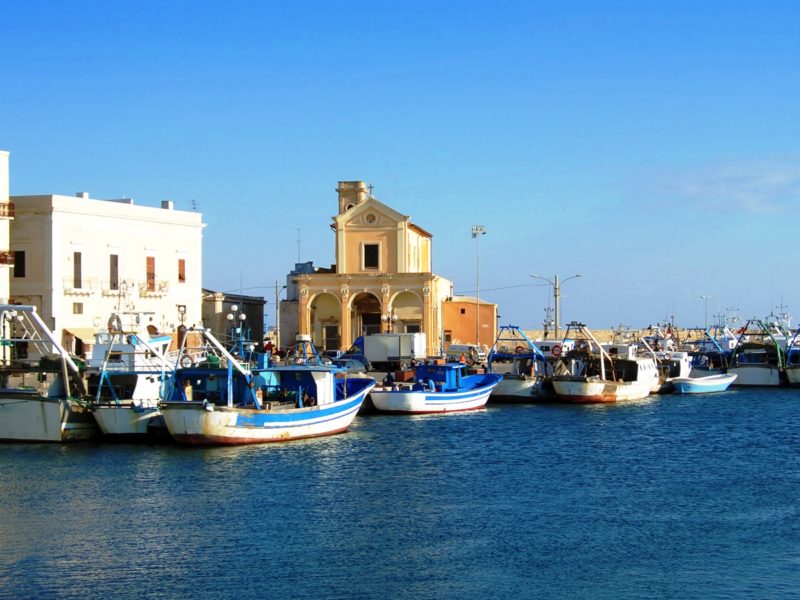 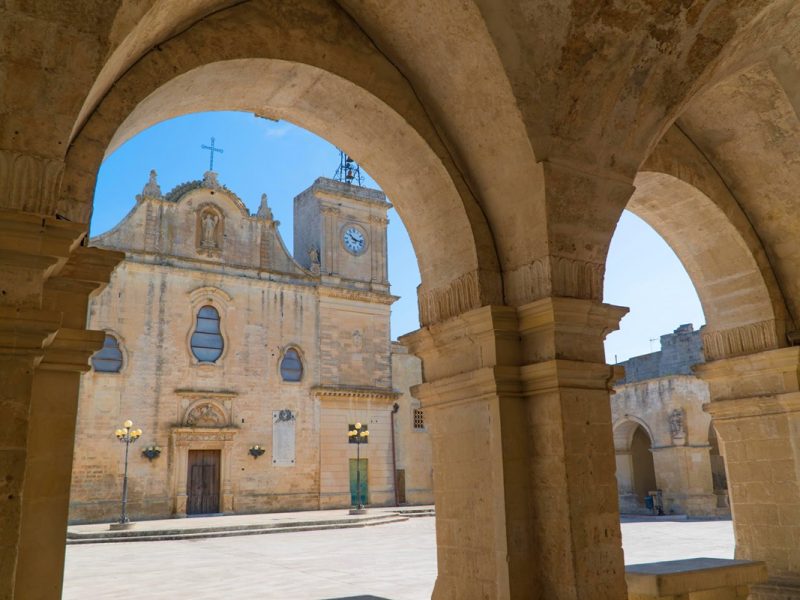 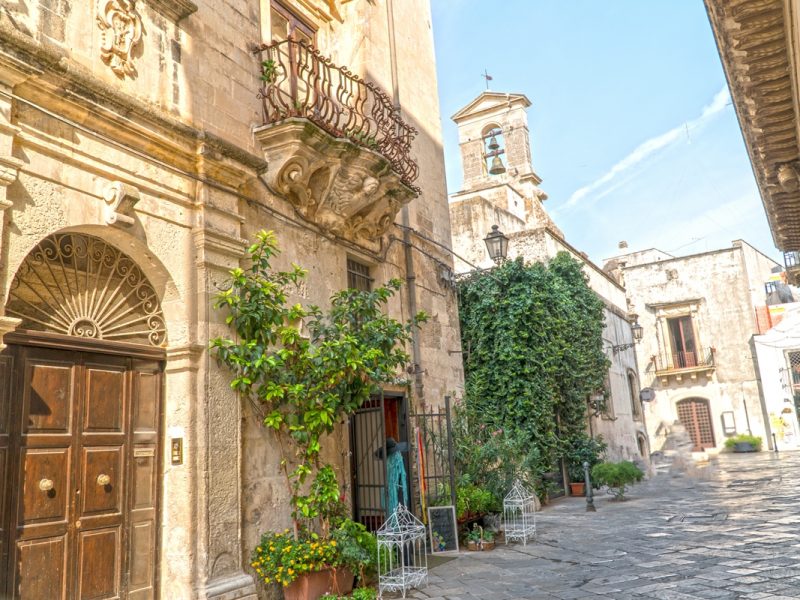