The Borgo of Peschici

The streets of Peschici are scented by the Aleppo Pines and the smell of the “Trabucchi”, the wooden fishing docks and platforms perched over the sea.

Peschici seems like it has come straight out of a 1950’s postcard, with its little streets full of artisan workshops and retro shop signs. The borgo is a maze of ancient streets and white-washed houses, giving  it the look of a little Greek island, set in the rocks overlooking the sea. Peschici is full of poetic angles and sweeping panoramas, mixed with centuries of history and culture, with potter’s workshops opening onto the piazza, and the traditional, warm foccacia bread, to enjoy as you stroll on the promenade above the sea of crystalline blue.

The borgo is protected by an austere castle and is watched over by coastal towers, which for centuries have defended this territory, guarding a land which has remained uncontaminated by the progress of time and that is only now slowly facing the modern world. 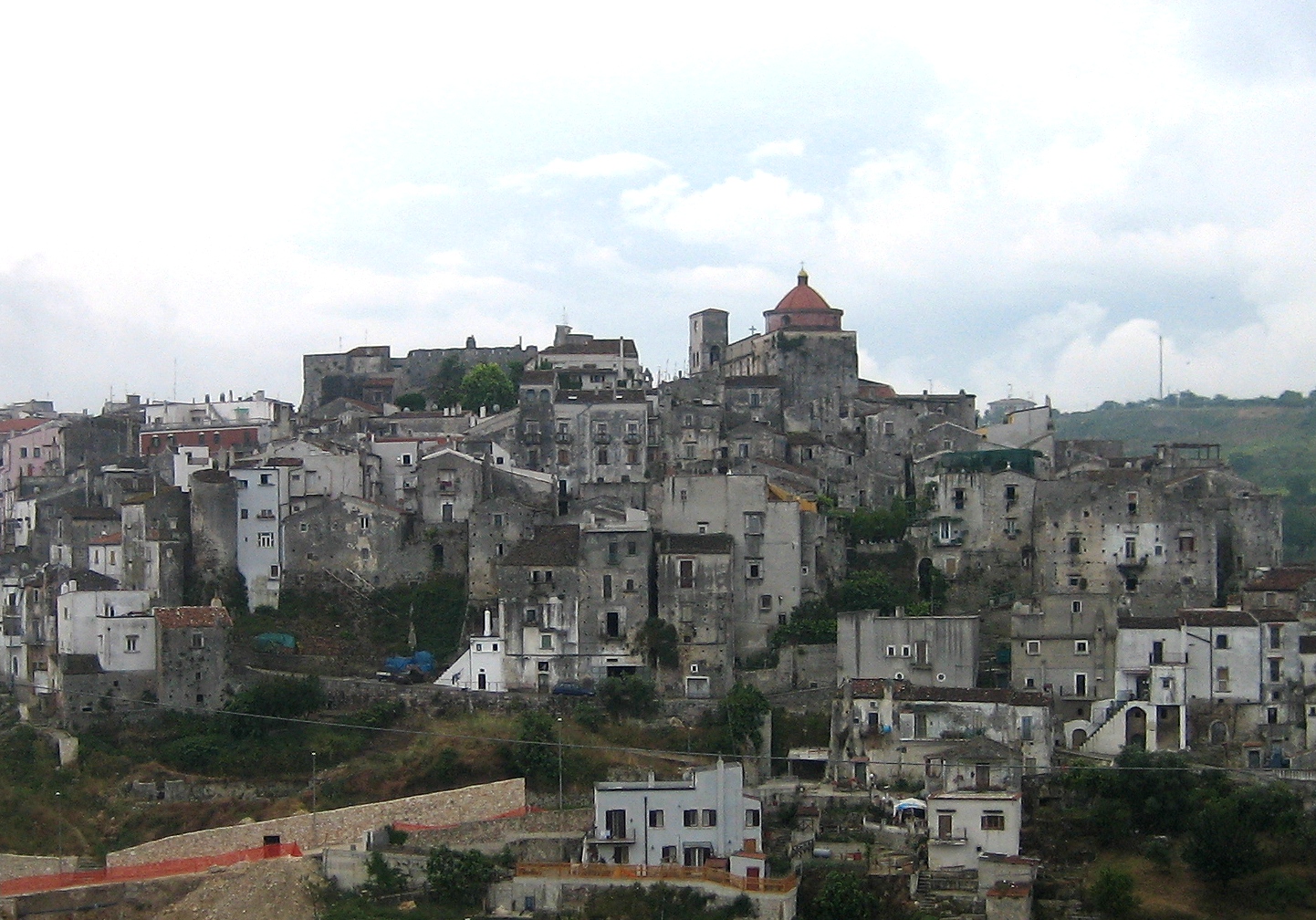 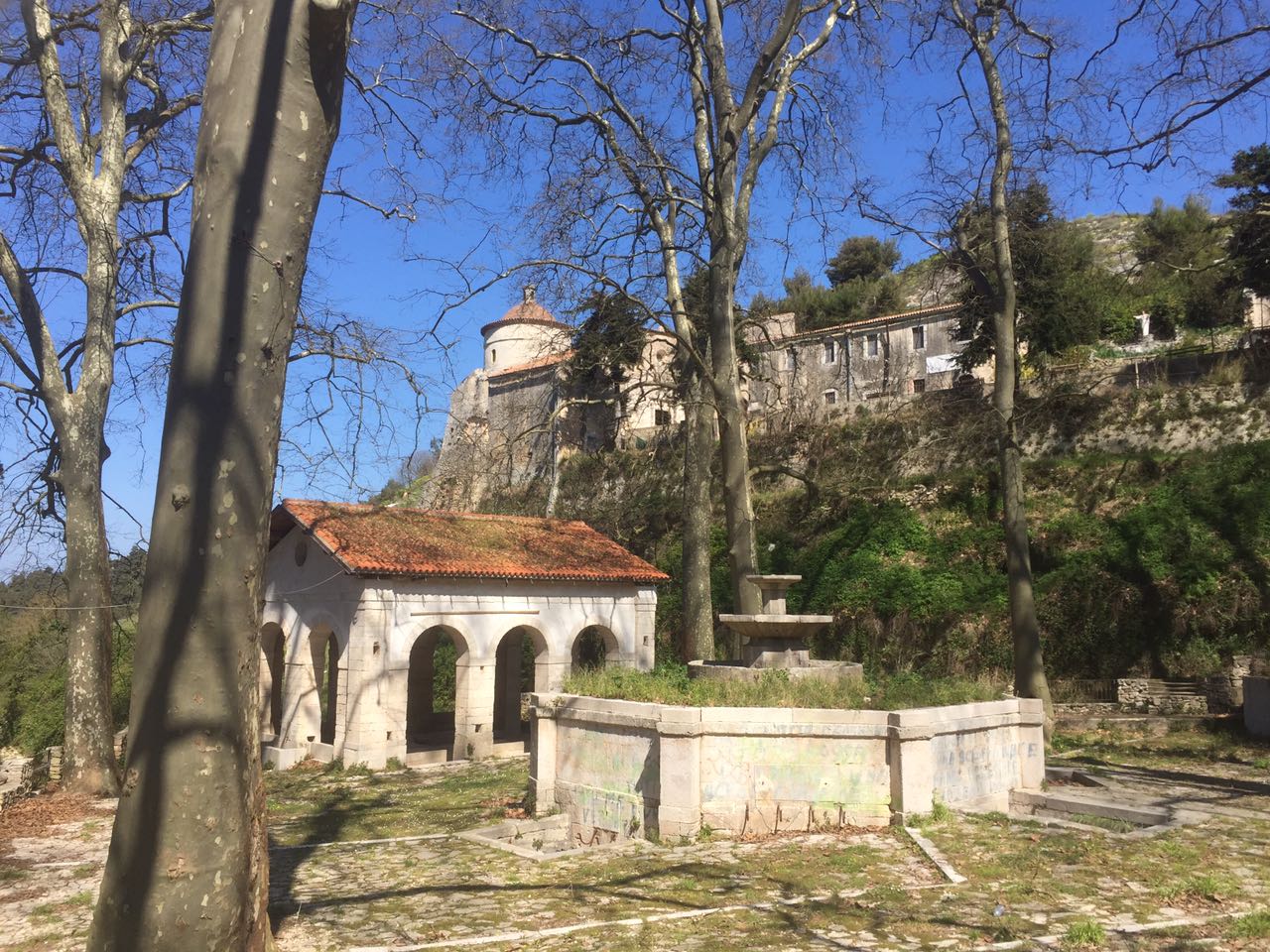 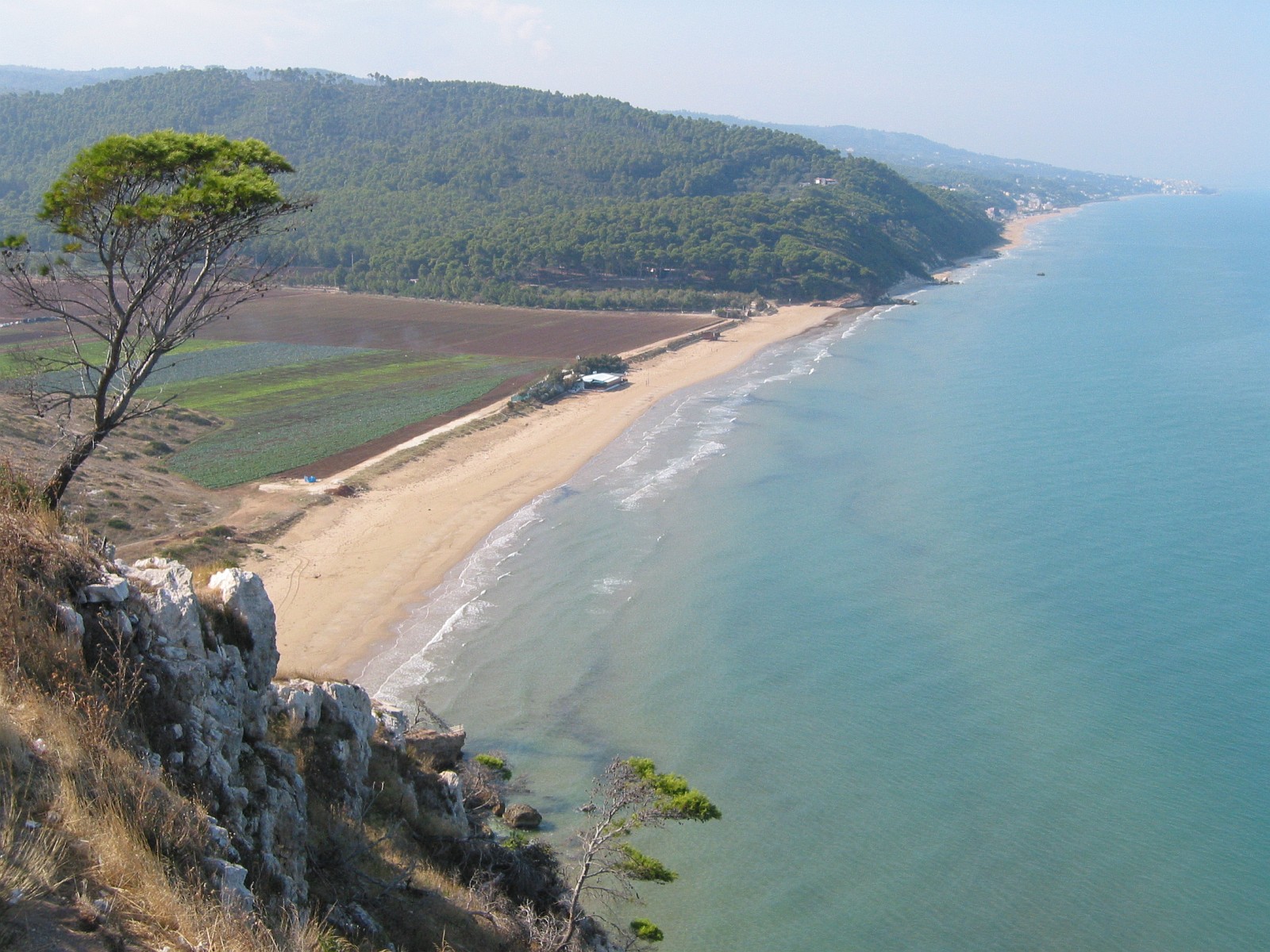 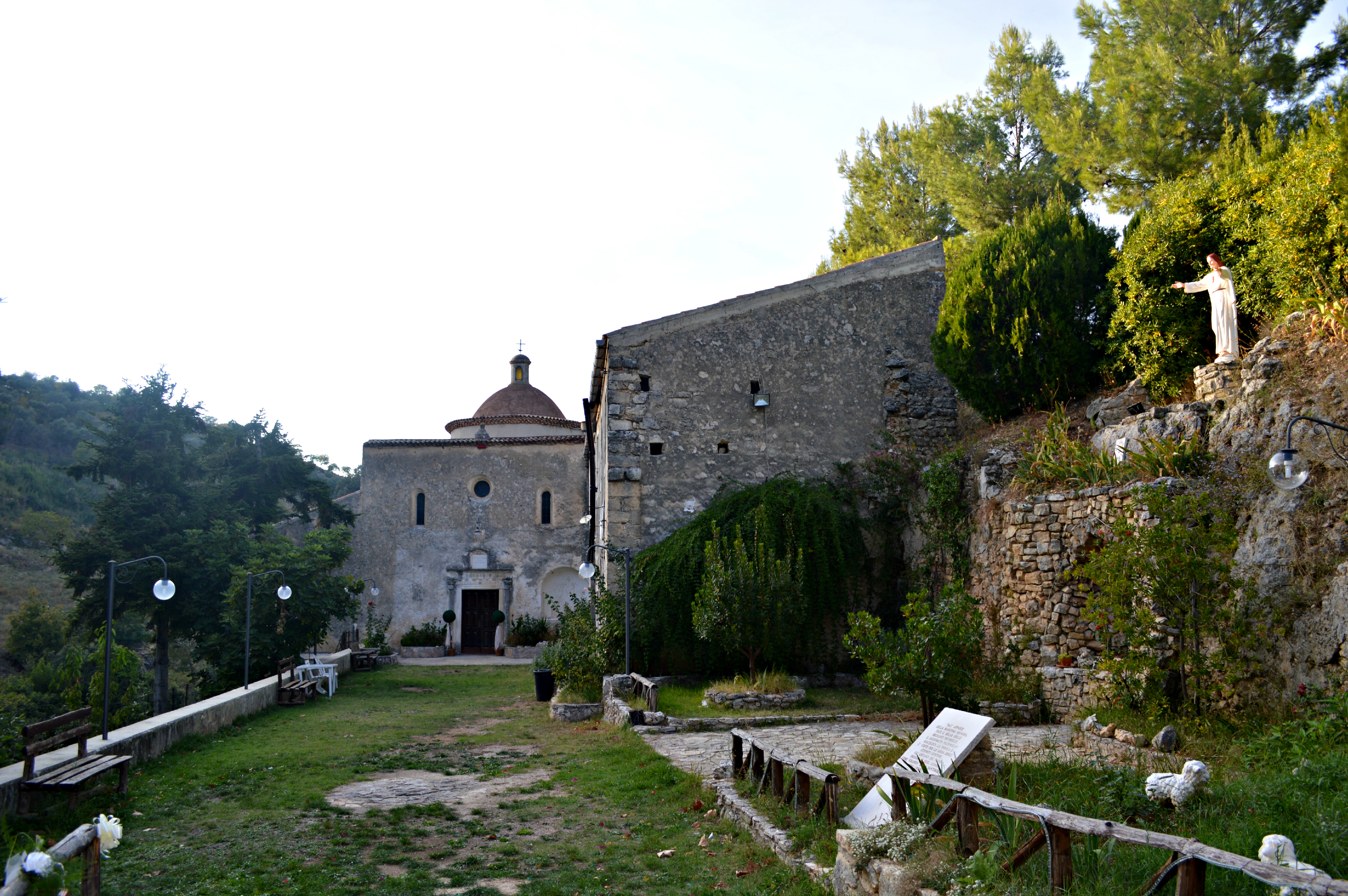 Peschici is a tiny borgo set on the slopes of Gargano, from high on its perch overlooking the cliffs and bays of golden sand. Because of its close vicinity to the sea, this territory has been inhabited since ancient times, but for this also made it easy prey for repeated onslaughts by ruthless pirates and Muslim Saracen Turks.

To cope with this emergency, in 970 A.D., the Emperor Otto I of Saxon sent the Schiavoni, a population of Slavic origins, who crushed the invading Turks and founded the borgo of Pesclizio.

This Baltic population remained in the territory for centuries, and was able to integrate perfectly with the local people, over time transmitting some of their language and traditions to the local culture.

With the advent of feudalism, in 1154, the feudal territory of Peschici was placed under the jurisdiction of the County of Lesina, initiating a period of being  passed from one noble dynasty to another, a dispensable pawn in larger power struggles.

The arrival of the Swabian Empire in the territory brought a dark period to Peschici, which was demolished in a brutal attack by the troops of Pope Gregorio IX against Federico of Swabia.

Thanks to the energy and commitment of the population, the city was rebuilt, and with the successive arrival of the Angevin rulers, it was given a fortress and numerous coastal watchtowers as protection.

For most of its history, Gargano, and with it Peschici, lived in an isolation that terminated only at the end of the nineteenth and the beginning of the twentieth century, with the construction of  infrastructures of roads, the circum garganica, railways, and the completion of the Apulian aqueduct.

Regardless of these improvements, most of the last century saw a high rate of emigration to Switzerland and Northern Italy. This situation has only begun to change in the last ten or twenty years,  thanks to the new enthusiasm generated by tourism industry, which is finally bringing Peschici the attention it has long deserved.

The Medieval Castle of  Peschici

The Castle of Peschici seems to have become one with the rocky cliffs surrounding it, and you need to look closely to spot where the walls end and the rock begins. If it were a person, the castle would be a man of gruff and solitary nature, who for centuries has kept his features austere and impenetrable in order to defend himself.

The Castle of Peschici was, in fact, built to defend the city from the frequent invasions by the pirates and Saracen Turks which continually assailed the territory in the late 900’s. Its original construction dates back to 970 A.C., but the Venetian troops sent by Pope Gregorio IX against the Swabian Empire destroyed it completely. Over the rubble, Federico the II built the castle we see today, a fortress with no decorative elements, but impregnable against hostile forces, rising high on the rocky cliffs over the sea. The monumentally thick walls of the castle give an idea of how terrified Peschici was of finding itself under seige again, so much so that the fortress was equipped with a well and a grain silo to ensure that the community could weather out prolonged external attacks.

Today the Castle of Peschici is privately owned, and after a recent restoration, it is now available for visits by the public.

I Trabucchi, the Fishing Platforms

They say that the Trabucci have lined the coast of this region since the Phoenician period, and how they came to be here remains a mystery. These wooden fishing platforms seem fragile, but they hide an inner strength. Made with the slender trunks of Aleppo Pine, they resist the wind and the rain and, above all, the  corrosive salt water in which they are immersed. The Trabucchi are a fishing system made with wooden poles fixed the the rocks and wooden arms that conduct a system of cords and pulleys ready to launch their tightly woven nets into the sea

For a long period of time the Trabucchi were abandoned, but today the historical importance of these unique constructions has been recognized and they are protected as part of the regional heritage of the Park of Gargano. Some of the Trabucchi are still functioning, and they provide fresh fish to the important restaurants of Peschici and Vieste: tasting is believing.

Peschici’s beaches of silky sand and its crystal clear sea have all the magic of an exotic tropical island. For the daring, there are high cliffs to dive from, with breathtaking panoramas and caves to explore, but there are also protected bays of the softest sand for pleasure seekers who just want sun and sea and relaxation.  If that’s what you’re looking for, Baia Zaiana is your destination. Just a few miles from Peschici, this bay of golden sand is surrounded by a rocky coast, and the lush green of the pine woods. It is a jewel to discover, that will leave you enchanted and surprised by the marvels of this little paradise.

Before the existence of Christianity, when humanity worshiped Gods linked to world of natural phenomenon, human beings lived in the area of the Bay of Manaccora, a rocky indentation that today is known as “La Grotta degli Dei”, the Cave of the Gods.

This cave was inhabited by various vibrant communities until the end of the Bronze Age, and still today we have evidence of those populations.

In the interior of the cave, the early inhabitants used the lateral cracks to carve spaces where they could celebrate religious practices, most of them fertility rites. Later these spaces were also used

in daily life, as attested by the objects found there: vases, jewelry, tools for working metal and fabric, and even for the production of cheese.

From the objects in the cave, from various tombs, and by other archeological evidence discovered, it has been deduced that a group of aristocratic warriors lived in this place, and that they were in close contact with the populations on the other side of the Adriatic.

Today, “la Grotta degli Dei” is under the management of the cultural association “Ars Nova” in Peschici, who have transformed the cave into a re-creation of a Pre-historic living environment, complete with a rudimentary shelter and Pre-historic utensils.

The sea gives and the sea takes away, and it has always been so, since the beginning of time. The sailors and fishermen know this well, as they ride the waves out to sea every morning, praying not to meet their fate in a dangerous storm. The strength of the tide has washed up many a thankful sailor, and just as many adventurous stories of divine providence and eternal devotion. Just outside Peschici, the tiny Sanctuary of the Madonna of Loreto tells one such story.

It is a little white-washed chapel that a group of sailors constructed to honor a vow to the Madonna, in gratitude for having saved them from being drowned in a violent storm.

Inside the church there is an atmosphere of ancient, authentic faith, lost in the corridors of time and recounted here, today, by the myriad tiny fishing and nautical objects that decorate the walls: sails, nets and carved boats, all left with the sincere gratitude of one whose prayer has been answered.

In Peschici, the Madonna of Loreto is celebrated on the second Monday after Easter, when the community comes to the area of the Sanctuary, picnic basket in hand.

Do you know famous people of this borgo? Contact us! 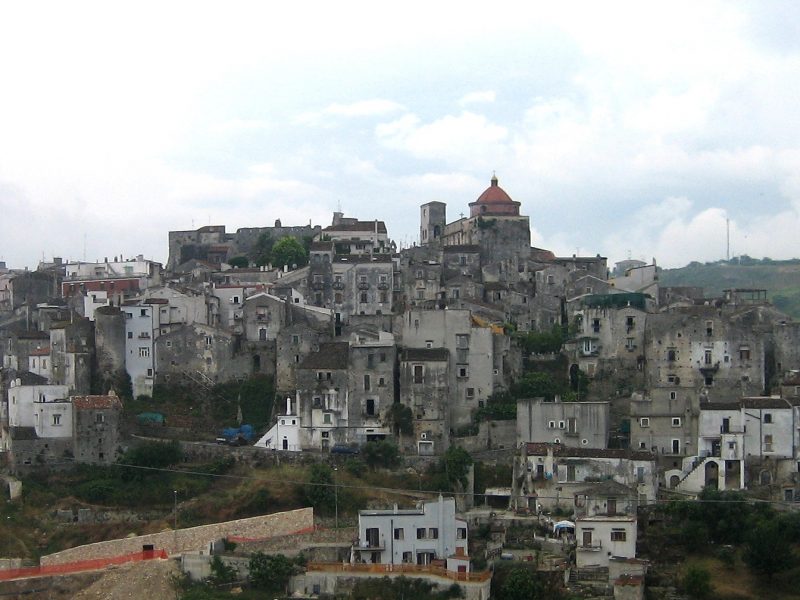 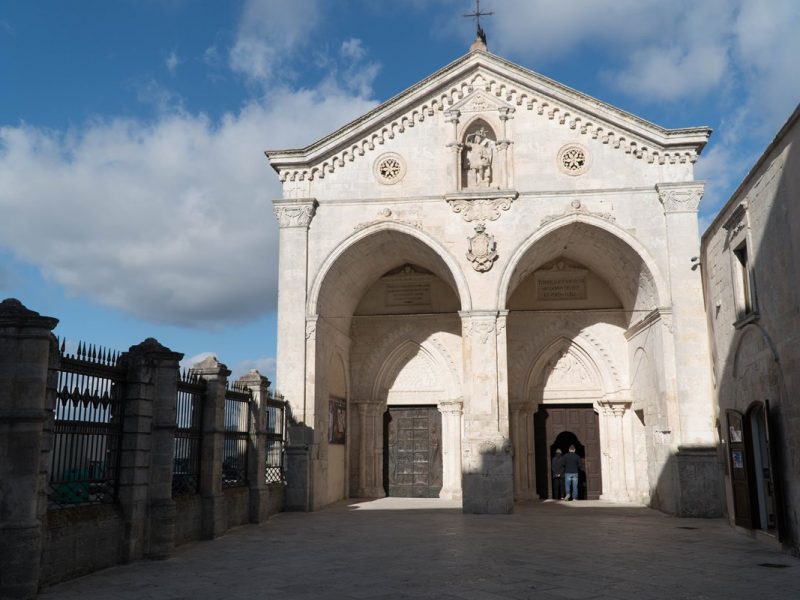